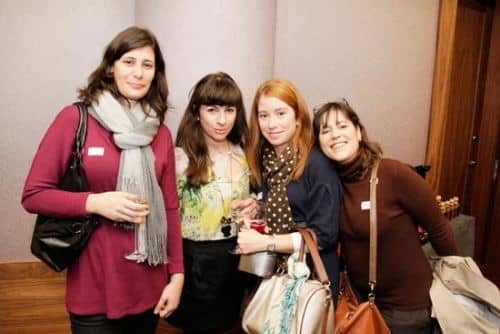 At the helm of the kitchens of two of the region’s best-known resorts, Tiago Bonito and Louis Anjos represent a new generation of up-and-coming young chefs in the Algarve.

Aged just 25, Tiago Bonito is proving to be a culinary force to be reckoned with, having been the first Algarve chef to pick up the title of national Chef of the Year (CCA) in November last year.

This November, Louis Anjos is hoping to bring the coveted culinary prize to the Algarve for the second year running, after winning the regional South/Islands heats back in April.

The head chef of Vilalara Thalassa Resort, Tiago Bonito was thrown into cooking from a young age and enrolled in a professional cooking course in his home of Coimbra.

His first experience in a professional kitchen was an internship at the Sheraton Algarve Hotel, and after working in the region, he moved to Lisbon to “learn about another market other than the Algarve”.

He became sous-chef at the Tróia Design Hotel, before returning to the Algarve to take up the same position at its sister resort Vilalara. After just three months, he was promoted to executive chef.

A great champion of national produce, the young chef describes his food as contemporary but without ever forgetting traditional cooking techniques. But his biggest aim is to conjure memories with every dish. “I want my food to awaken sensations, to create emotions. It’s not just food; it’s the memories it evokes, too.”

Like most others in his profession, Tiago is passionate and confesses to being a perfectionist, but he admits that “you can only be a great chef with a great team”.

Last year, Tiago decided to take part in the CCA, and with the prize never having been garnered by the Algarve in its 23-year history, he had no great expectations. Going head to head with seven other chefs, all finalists from the regional heats, Tiago was named Chef of Year and picked up the Helmut Ziebell Innovation Award for his dessert along the way.

His prize was a month-long internship at the 3-Michelin-starred Alinea in Chicago, which he will be taking up in November.

Hoping to once again break the ‘Lisbon barrier’, 29-year-old Louis Anjos is the head chef at Suites Alba Resort & Spa, near Carvoeiro.

Originally from near Fátima, Louis’s career as a chef started somewhat haphazardly. After leaving school, he decided to enrol at the Fátima hotel school where he realised his love for cooking, and went on to work in a number of local restaurants.

In search of something more fulfilling, he moved to the Algarve to work at Vila Vita Parc as chef de partie. After a stint in Leiria, he moved to Vilalara (where he worked with Tiago Bonito) before taking up the position of executive chef at Suites Alba in April 2011.

Heading a young team, the chef has created a menu with a focus on fresh fish, using quintessential Portuguese flavours with a contemporary twist, such as his take on the traditional caldeirada: a deconstructed fish stew comprising red snapper, garnished over sweet potato from Aljezur and bivalves from the Ria Formosa.

With an extremely methodical approach to his work, Louis followed the competition closely last year in order to be better prepared.

The hard work clearly paid off, earning him a ticket straight to the finals in November.

The prize – a month working under Portuguese chef Nuno Mendes at his 1-star restaurant Viajante in London – is no less important to Louis, even after spending a month there in January. “It would be an honour to go back.”

Although it will be a personal achievement for the chef, it will also be a triumph for the region.

And with these two on board, the Algarve is certainly well represented.