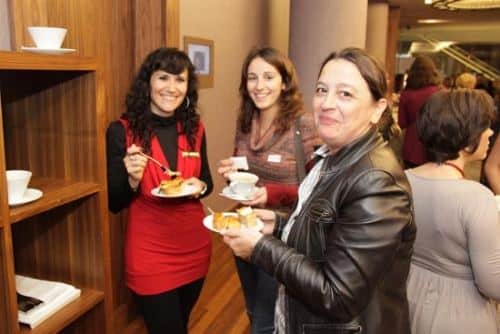 A Portuguese woman has opened a Book Bank in her shop in Lagos in a bid to provide help to parents of local schoolchildren who cannot afford to buy textbooks and reading material for their education.

In Portugal, pupils at state schools are obliged to supply their own classroom books at the beginning of each academic year, starting as early as pre-primary school level.

As some parents struggle to purchase the necessary series of books required by the annual school curriculum, the Book Bank scheme was launched in August 2011.

The initiative came from the Portuguese teacher, Henrique Trigueiros Cunha, who established the movement for the reuse of textbooks entitled ‘Reutilizar’.

He said he hopes that the Government will regulate the free exchange of schoolbooks; a practise he claims would help save €105 million in three years.

In a TV interview, he said: “How can a bankrupt country continue to spend millions of euros every year on books for needy families?”

In the Algarve, there are only five Book Banks – Vila Real de Santo António Biblioteca Municipal Vicente Campinas, Faro Câmara, Portimão Centro de Apoio Psicoeducativo, Albufeira EB23 de Ferreiras and Lagos – compared to nearly 100 banks spread across the rest of Portugal – all of which were inspired by the movement.

Catarina Rêgo, founder of the Lagos Book Bank (Banco de Livros Escolares de Lagos) told the Algarve Resident: “I opened the bank in the second week of August, so at the moment we only have a few books.”

The Book Bank is currently being held at Catarina’s haberdashery shop, located behind the Adega da Marina restaurant, on the Lagos Avenida, but will be moving to a new location at the end of September and details will be posted on her online blog shortly (www.costuretaeconverseta.blogspot.com).

She said: “As a parent myself, I know how much schoolbooks can cost. It is a shame because on an annual basis many books are bought and then thrown away or forgotten about.

“After seeing an interview on television with Professor Cunha, I was inspired by the initiative, and decided I wanted to help here in Lagos. I do not expect any profit. I just want to help children in need of books and parents who are in difficulties.”

The Book Bank simply works by people dropping off or picking up books.

There is no requirement for the books to be returned after they have been taken; however, they are welcome to do so when the school year has come to an end.

“I am collecting all kinds of books, in Portuguese and English, amongst others. We have a large international community here, so it is important to ensure there is a good selection of books available to everyone,” Catarina said.

At the moment Catarina is appealing for people to donate books, used or new, and spread the word about the Book Bank.

“Although the upcoming school year is fast approaching, I really hope the new Book Bank will be able to help children this academic year. If not initially, hopefully we will be able to assist throughout the year,” she concluded.

For more information about the Lagos Book Bank, please contact Catarina on 919 491 175 or email costuretaeconverseta@gmail.com