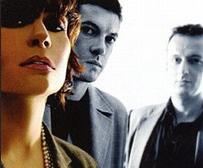 GROUP A Naifa returns to Loulé on April 15 to perform a concert at the Cine-Teatro Louletano, at 10pm.

Following an appearance at the Mediterranean Festival in 2005, A Naifa returns to the city to promote their new album, 3 Minutos Antes de a Maré Encher. The band is synonymous with its daring and original style influenced by Fado, which has scored them high praise from music critics. On bass is João Aguardela, Luís Varatojo plays Portuguese guitar and vocals are provided by Maria Antónia Mendes.

To book tickets, call in at Cine-Teatro Louletano in Avenida José da Costa Mealha or telephone 289 400 880.