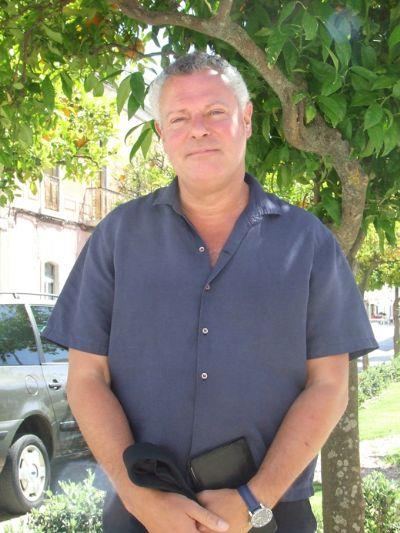 In an exclusive interview, British scriptwriter Paul Kite told the Algarve Resident about his career in the film industry, why he thinks the future is bright for filming in the Algarve and his plans to teach others the tricks of his trade.

A British scriptwriter who moved to the Algarve at the end of last year believes the region has what it takes to become a prime filming location.

Paul Kite, who has 20 years of experience in the film industry, said: “I moved to the hills of Loulé from London because it’s calm and the beautiful scenery and weather inspire me to write.”

“I think that the Algarve has great potential within the film industry because it is in a politically stable country with a great climate, diverse landscapes and an affordable labour force.”

According to Paul Kite, the recent news of investments into film production, especially in the Portimão area as well as the creation of the Algarve Film Commission, means that the region will attract more artists and creative people.

“Many people will want to join in and there are likely to be opportunities for local residents to become involved as extras in productions,” he said.

“I started in the industry in the UK partly by choice as I loved English literature and language at school, but also partly by accident when I met the actor Alan Bates and was able to work with filming crews,” he said.

“I then started to do work as an extra and even worked as part of the filming crew at Pinewood and Shepperton studios, where I worked on James Bond films. It was there that I developed an interest in scriptwriting as I had to read and interpret so many of them.”

For this reason, he has decided to share some of his knowledge and set up a short course for groups of no more than 10 people to learn about the art of scriptwriting. “Writing scripts is completely different to any other form of writing. It has a different approach to writing a novel.

“As part of the course, I will teach people to write in the screenplay format, what software to use, how to write characters and give tips.”

Because of the success of the film and television industry, said Paul Kite, scriptwriting has become a very competitive job, with the majority of writers struggling to find an agent, let alone have their pieces read or accepted for production.

“As a follow-up to my course, I would also read students’ work and give advice on their written pieces, helping them to get to a stage where they could then take it to an agent,” he said.