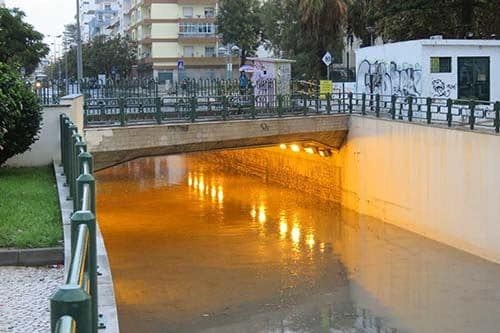 Algarve resident Chris Winstanley may consider himself to be “tone deaf”, however it has not stopped him from harnessing the talent of local performers for the upcoming performances of Honk! The Musical.

As the director of Honk! The Musical, Chris has been working, over the past nine months, with a cast and crew of around 50 people to be able to stage one of the biggest shows for many years by the Algarveans Experimental Theatre Group.

“I always try and stretch myself with each new show I direct and will always attempt new things, hence wanting to try a musical,” said Chris Winstanley.

Following his directorial debut with a production of Daisy Pulls It Off in 2009, Chris is now trying to pull off his own star turn by staging the musical which won the Olivier Award for best musical in 2000, beating off competition from Mamma Mia and The Lion King.

“I appreciate great singing and have loved watching musical theatre for years.  I have been lucky enough to see many of the biggest musicals of the last 30 years,” said Chris Winstanley, who fell in love with Honk! The Musical after watching it nine years ago, with his daughter Claire taking one of the leading roles.

He added: “Everyone involved in the show has become part of a big family and we are determined to deliver a show that befits the premiere of the show in Portugal and the first ever musical performed by The Algarveans.”

Honk! The Musical opens on April 21 and runs until April 23 with four performances at Lagoa Auditorium.

The Algarve Resident is proud to be the English language media partners of the show.

For further information about Honk! The Musical, please visit www.honkthemusical.webs.com or call 282 789 608 to book tickets.