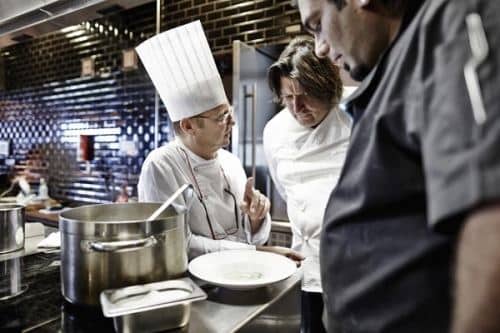 I was always good at maths, but the new BMW 320 Efficient Dynamics made me doubt my ability to understand numbers

The 3 Series is the most important model in BMW’s line-up. In fact, if I wanted to be more on the subjective side, I would say the 3 Series is the essence of BMW – a saloon that is well built, powered by efficient engines with above average performance that puts driving pleasure at the top of the priority list.

It was pivotal that BMW got this latest F30 generation right, since in 2011 one in every three ‘Beemers’ sold worldwide were 3 Series and – even more remarkably – one in every five BMWs sold to date was one of these cars.

This sixth generation represents the biggest investment made by the company in one model alone in its rich and vast history.

The top of the range is occupied by the fantastic straight six petrol powered 335i and there is also a very nice smaller four-cylinder 328i packing 245 horse power, but, indisputably, the diesel models are the most significant to European markets, let alone Portugal, where fossil fuels are worth almost as much as gold.

The 320d has always been the benchmark diesel saloon, but now there is a new 320d – the 320ed. The difference? 21 horse power less – at 163hp – a smidge less performance and an average fuel consumption that makes oil companies go crazy.

If this were any other 3 Series I would rave about the quality of the chassis, the feeling of lightness when you throw the car into a corner or the fantastic six speed manual gearbox.

But this is the 320ed – ed standing for Efficient Dynamics, the multi-award winning system developed by BMW to improve fuel consumption – so it is all about performance vs consumption.

And I still can’t put my mind around the figures. There are three driving settings: Eco-Pro, Comfort and Sport.

In Eco-Pro, doing 120 km/h on the highway and not pushing the gears around town, I was reading 4.6l/100km on the board computer. So I reset it and started again. This time I got 4.5l – unbelievable.

Did the car feel slow? Not at all, it felt responsive and more than adequate to most people’s daily way of driving.

Ok, but what if I want to explore it a bit more? Comfort it is – and still I was doing 5.2l/100km. By now I was going mad and trying to burn as much diesel as I could, so I set the car to Sport mode and headed for a mountain road.

Second and third gears were having close encounters with the red line and I never used sixth. Late braking, coming out of the corners as fast as I knew how and using every inch of tarmac, I was safe I was going to beat this car. But I didn’t – 6.9l/100km.

I wanted to call BMW engineers and just congratulate them, because this is exactly what the world needs right now: a nice looking, well built premium saloon, with enough space and comfort for the family, that can indulge the driver and achieve magical fuel consumption figures.