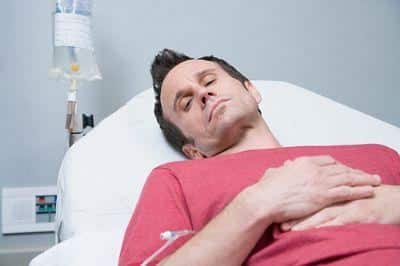 Constituents sometimes ask: “As an MEP, what have ever you done for me?” There are always good answers to give, but my answers this month have been particularly strong.

The reason is a Report which I have been working on personally, namely the Cross-border Healthcare Directive. This will facilitate and clarify the rights of EU patients in need of healthcare who want the best treatment possible as soon as possible. Patients already have the legal right to obtain treatment from national health services anywhere in the EU, but it is one thing to have the right in theory and something else entirely to get it in practice.

This was highlighted some years ago in the UK when Yvonne Watts needed a new hip. She suffered increasing delays, and increasing pain, through postponed dates for an operation in the UK. So she took the matter into her own hands and crossed the channel for treatment: the challenge then was to get her money back. She had to go to the European Court to get the UK Government to repay her costs on account of the undue delay she had experienced back home. She won her case.

Individuals should not have to go to court to get the treatment they need and are entitled to have. Their rights should be clear and should be available to all on the basis of need, not ability to pay. This was the founding principle of our own NHS. This proposal for a new EU Directive will deliver it.

To our amazement, although the Report sailed through, not all UK parties supported it. The spin machine from a certain other political party claimed that our plans would starve the NHS of resources and funds, and just help the wealthy have private treatment abroad – which they knew was simply nonsense. They voted to allow Member States to tighten the rules to limit patient choice, to insist on “prior authorisation” by Governments for patients so it could then be denied in the hope of avoiding publicity against mounting delays back home. They lost the vote. They got it very wrong, and trying to blame others showed them up.

Nobody wants the hassle of having to go abroad for treatment. Increased availability of cross-border healthcare should not only benefit patients, it should motivate national systems to provide better standards of healthcare back home. Putting the patient first is a good prescription, and should be above party-politics.

So my answer to constituents is this. This Report shows, in practical terms, how working together at EU level can benefit people individually wherever they live, and whatever funds they may or may not have. Sounds to me like a pretty healthy answer…