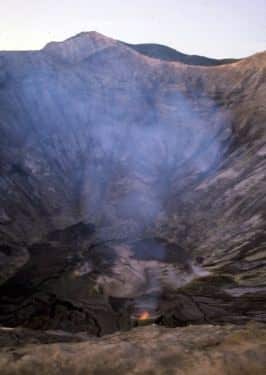 Dacia has only recently arrived in Portugal, but its history spans more than six decades.

Made in Romania, where Dacias have held for decades a 50% market share, it was acquired by the Renault Group in 1999. Since then, it has taken the role of a low-cost make that benefits from the French know-how to produce cheap but extremely reliable cars. These offer a solution to the question of low sales numbers from manufacturers in the European market amidst the most serious economical crisis since the ‘30s.

We tested the 4×4 Duster SUV, the cheapest SUV on the market, with prices starting at €23,750. This special edition Delsey – limited to 200 units – comes with a series of goodies that elevate the overall perception of quality, such as red stitching on the steering wheel and seats, Bluetooth, rear electric windows, a new exterior olive green colour, 16’’ dark metal wheels and a chrome tail pipe. And Delsey even throws in a very nice travel bag for those trips across the country.

The Duster is available with two 110hp engines, a 1.6 petrol (the 4×2 version costs less than 16000€) and a 1.5 diesel. Our car came with the diesel engine, the default option for most buyers, and a six speed manual gearbox. Together, they work relatively well, but the Duster never feels very fast, precise or dynamic. The thing is, it is not supposed to.

You sacrifice a refined driving and travelling experience for a cheap car that has loads of space, a decent average fuel consumption and is really rather comfortable on any kind of terrain.

The Duster is roughly the size of a Golf and its main obvious competitors are the Nissan Qashqai and the Skoda Yeti, but it will probably also make a bunch of clients steer away from the equally priced but less practical entry-level Astras, C4 or 308s.

It is not as well built, the materials are poor and the engine noise can be annoying around town, but value for money is simply unbeatable and it looks good and (more) expensive from the outside.

We put almost 800km on the clock and not for once did the Duster feel anything but solid, safe and reliable.

For me, the Duster is a bit like travelling on an easyJet flight. It is not as good as a premium airline, but when you get to your destination you realise you didn’t miss the in-flight meal or the extra room for your legs.

It is an honest car that suits the needs of a number of European families at a time when spending money on anything accessory is not a top priority. And from this perspective, the Dacia Duster may not be a great car, but it is a very good means of transportation.