Portugal Resident
Home Original A ‘glimmer of hope’ for the economy 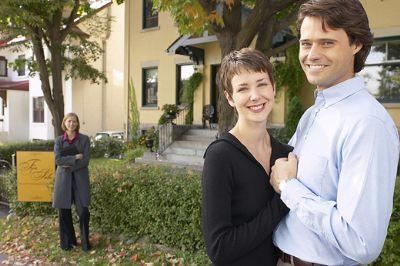 In the US, both US President Barack Obama and Federal Reserve Chairman Ben Bernanke have said there are signs that the economy may be turning. In the UK, there is some encouraging news on the housing market.

In April, the President’s most senior economic adviser, Larry Summers, told the Economic Club of Washington that the “sense of free-fall” in the US economy would end within a few months.

A few days later, Obama gave a speech at Georgetown University where he said that while times were still tough, “from where we stand, for the very first time, we are beginning to see glimmers of hope”.

Obama’s administration has launched a 787 billion US dollars stimulus plan and allocated 700 billion dollars to the bank recapitalisation programme and 70 billion dollars to a housing plan and extra aid to Detroit car companies. He said that these measures “were starting to generate signs of economic progress”, with an increase in mortgage refinancings and more lending by small businesses. This was “all welcome and encouraging news”, though he stressed it did not mean that the hard times were over.

The American public is starting to receive thousands of dollars in rebate cheques as part of the stimulus plan, which the government hopes will galvanize consumers to start spending again.

He also said that the authorities were making progress on stabilising the US financial system and credit markets, something which is necessary for a sustainable recovery.

The Fed Chairman acknowledged that the financial crisis was the worst since the Great Depression, and said the Federal Reserve will continue to take the necessary steps to strengthen the economy and unclog the credit markets. It has cut interest rates to virtually zero and recently ploughed 1.2 trillion US dollars into the economy. It is considering expanding a programme to jump-start consumer lending.

Analysts predict that while the US economy is expected to shrink again in the second quarter of the year, it will be much less than it has been. They predict a rate of two per cent – 2.5 per cent, a clear improvement on the 6.3 per cent shrinkage in the final quarter of 2008.

New housing figures could mean there is light at the end of the tunnel for the UK property and mortgage markets.

In April Nationwide reported that house prices increased by 0.9 per cent – their first rise in 16 months – though Halifax reported a 1.9 per cent fall.

Ian Perry, RICS spokesman, said, “the market is still in a fragile state but with demand continuing to pick up, there may be more signs of stabilisation in the coming months”.

Howard Archer, economist at Global Insight, concurred, “there are increasing signs that the housing market activity may have passed its worse”.

The Council of Mortgage Lenders reported that the number of mortgages approved had increased by four per cent from January to February.  The number of loans to first time buyers had a higher increase, at seven per cent.

Earlier in the month, the Bank of England had reported that banks were ready to start lending to consumers, businesses and other lenders again, which would be a positive step on the paths to economic recovery.

Of course this does not mean the bad news has come to an end, and in particular we’re going to see gloomy reports of increasing unemployment for some time to come.

However, unemployment figures are not the best barometer for economic recovery – historically they are a significantly lagging indicator. Companies will usually only cut jobs after they start struggling and will then wait until they are confident the economy is improving before starting to hire again.

While it is good to read some positive economic commentary for a change, it is still very tentative and few people are daring to call the bottom of the economic cycle yet.

Having said this, let’s not forget that historically the stockmarkets hit their bottom and start to recover some time before the economy does – bull runs often start when things look at their bleakest, and can continue when there are further economic shocks, including poor unemployment data. These bull markets can be very rewarding.

Bearing this in mind, and with “glimmers of hope” possibly starting to emerge for the economy, this may be a good time for investors sitting on cash in the bank (and earning very little interest) to invest some of it, possibly in shares or bonds, or both.

Any investment decisions should be based on your objectives and personal circumstances, rather than the chance of making a quick profit when markets pick up.  Investment in equities and bonds should only be considered if you have a reasonably long time horizon and is not usually recommended for those with short-term objectives – this applies even during good times, but is even more important in the current climate.

Discuss your objectives with an experienced financial adviser like Blevins Franks to determine a bespoke investment strategy for your personal circumstances.