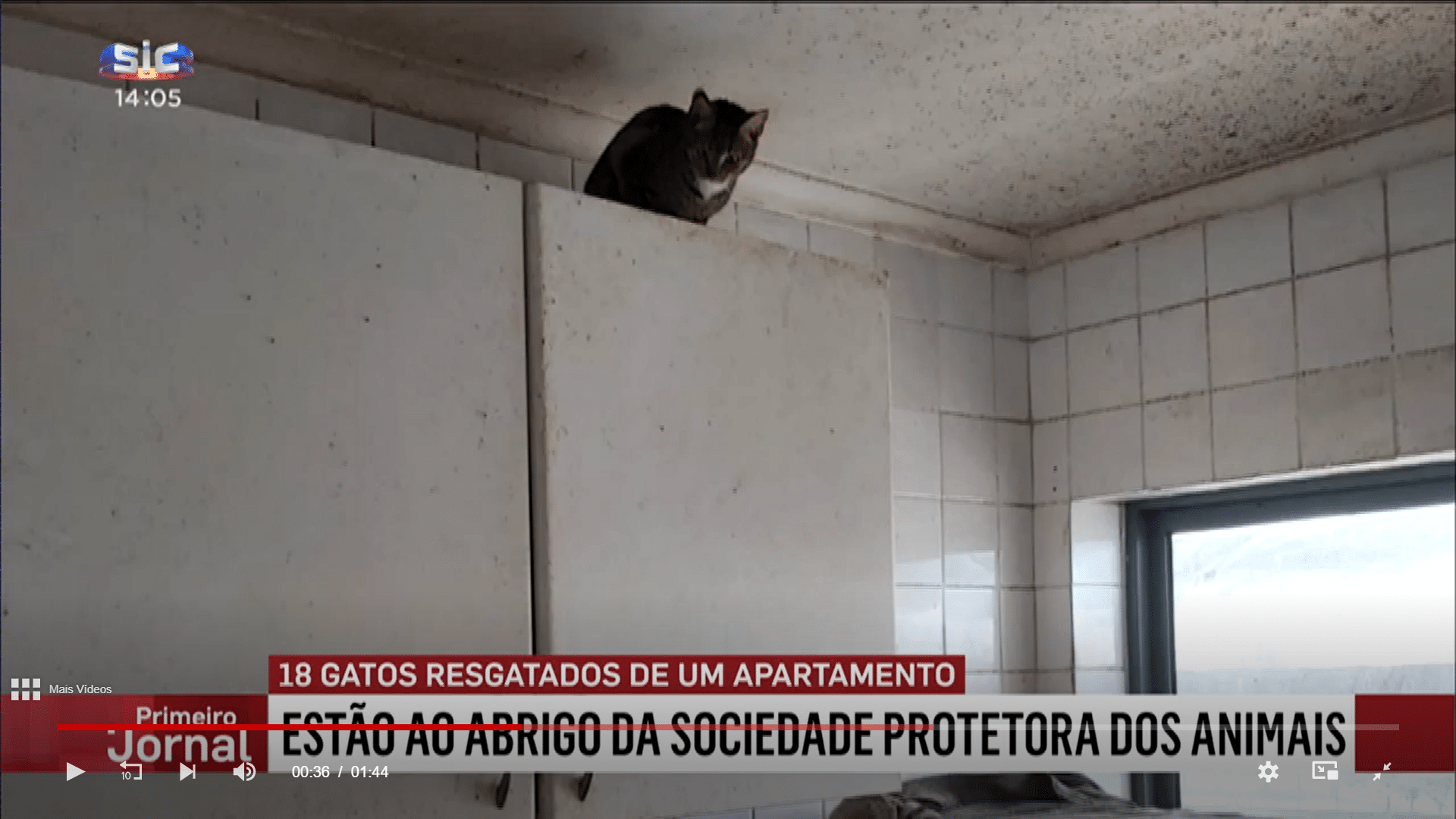 Mother and daughter admitted to hospital for ‘alleged mental problems’

Another disturbing case of ‘hoarding’ was flagged in Lisbon today when authorities moved in on a filthy apartment filled with cats.

The 18 animals were “in the middle of rubbish, without water, food or access to the street or even natural light”, explain reports.

The owner, a 90-year-old woman who lived in the apartment with her daughter, had apparently asked for help with the cats. Exasperated neighbours however called the police as they couldn’t cope with the stench.

The cats are now with the Sociedade Protetora dos Animais which says it needs ‘support’ to continue paying for their veterinary expenses of the cats.

“People can go into any one of our veterinary centres with a donation of cat litter, or food, or any other kind of donation that they might think useful”, encourages Irina Antunes, who runs the ‘sociedade’.

As soon as the cats have been returned to complete health, they will be available for adoption.