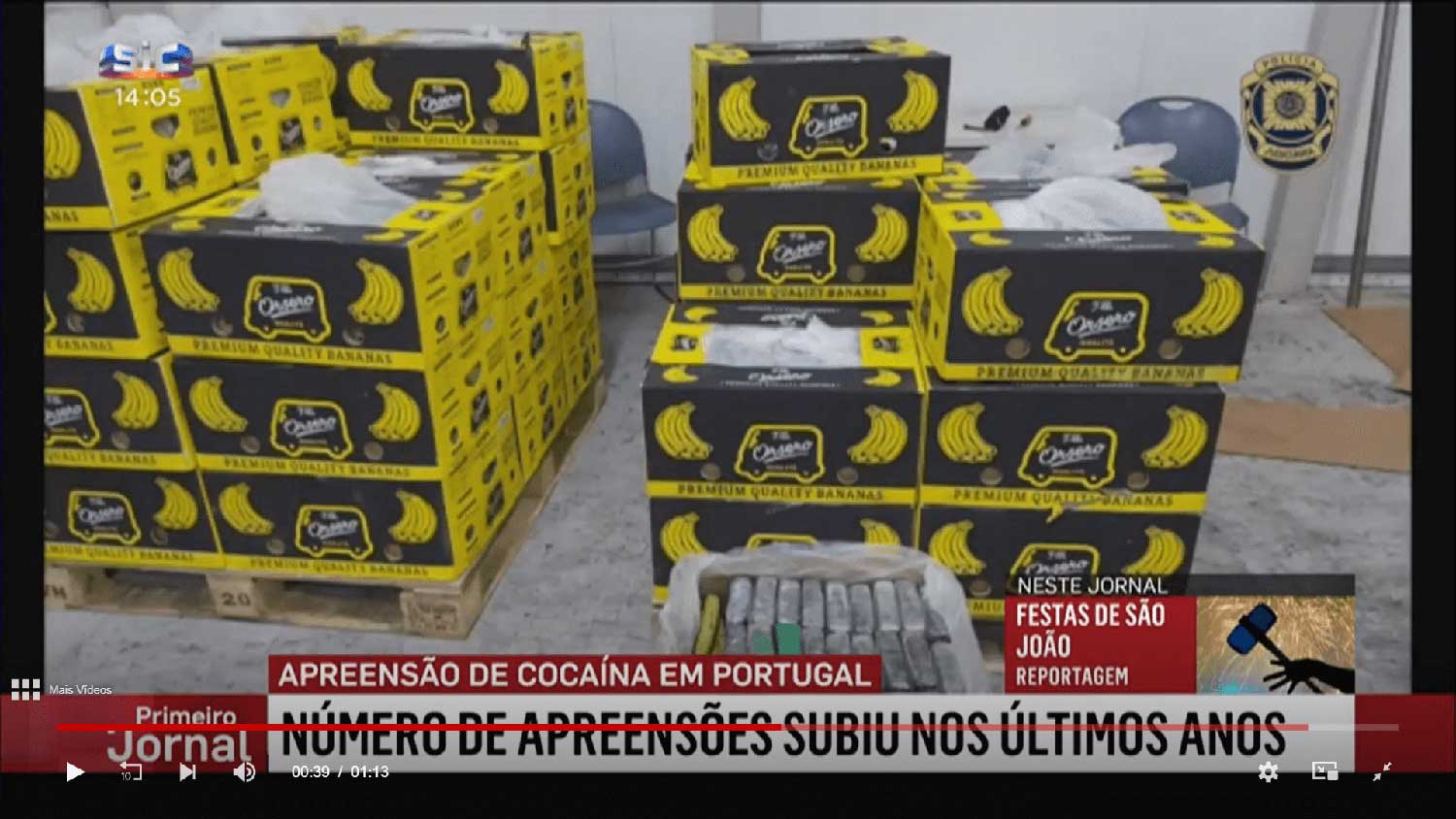 PJ police are celebrating another cocaine coup ‘of all time’ after seizing 8-tonnes of the drug at Setúbal docks. The packs of cocaine, hidden among palets of bananas, are believed to have a street value of around €325 million. They arrived in Setúbal on a container ship from Colombia. Says SIC television news, since the start of this year over 12,176 tonnes of cocaine have been ‘apprehended’ by police (always working in tandem with foreign counterparts). This already represents a sizeable increase on apprehensions in 2021.