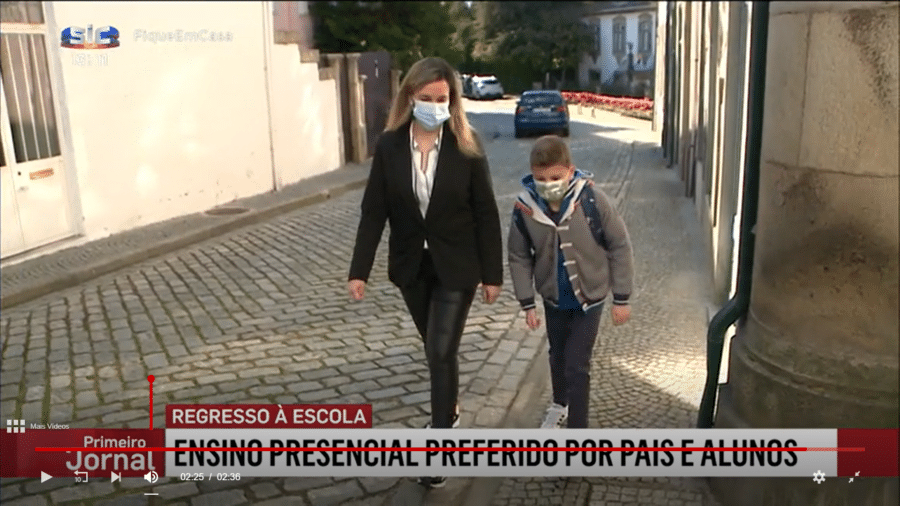 Portugal emerges from confinement today, with 650,000 children and 50,000 teachers and staff finally returning to creches, nursery schools and primary education; hairdressers and barbers once again opening their doors, bookshops, auto stands and estate agents too – and ‘local commerce’ allowed to sell non-essential products ‘from the door’ (meaning customers stay outside).

The red and white tape that has adorned park benches to ensure no-one dares sit on them is being removed; parks are opening – the sun has come out, and bit by bit the economy is to be given space to revive.

But it’s so tentative as to be lacklustre.

Tabloid Correio da Manhã says very few businesses are expecting much of a flurry today. Hairdressers have less in the way of bookings than they did when the first lockdown ended; restaurants are still effectively ‘out of bounds’, though they can now at least sell alcoholic drinks with take-aways.

Some cafés have reopened, others not.

It’s not much in the way of ‘a change’ after two months of relative stagnation – and the long-promised mass-testing in schools hasn’t even begun.

Leaders writers are starting to echo criticism that much in the government’s statements has been propaganda: vaccinations continue to be ‘at a premium’ (exasperated authorities in Azores, for example, are threatening to buy their own from China, Russia and the United States); businesses are still waiting for State aid despite having filled out all the necessary paperwork – and unemployment in the Algarve is already ‘off the scale’.

This is the first step of four to come (theoretically ending on May 3), and each will depend on numbers staying within experts’ ‘safety guidelines’ (click here).

It’s a careful tightrope walk to ‘recovery’, with no-one sure when Portugal will get there.