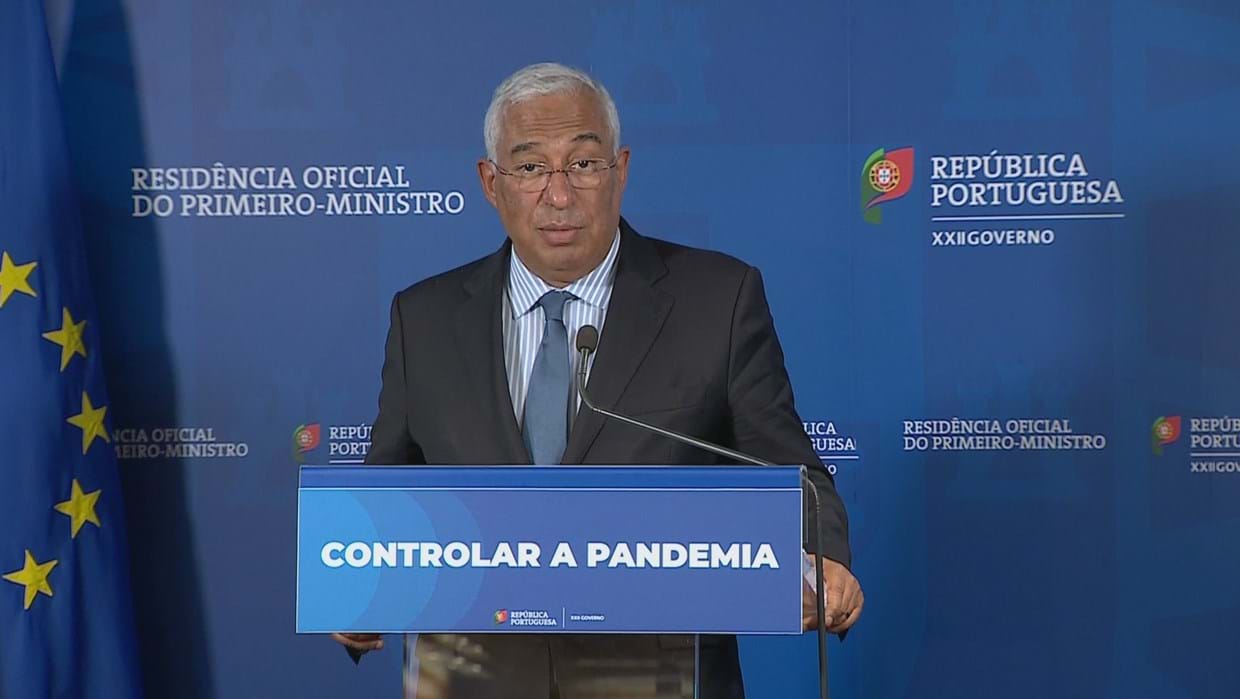 7.1 million Portuguese in the 121 ‘Covid trouble-spot’ boroughs are to be ‘locked down’ from lunchtime on Saturday and Sunday for the next two weekends.

This is perhaps the ‘toughest restriction’ that emerged from last night’s Council of Ministers, which lasted roughly four hours.

Prime minister Costa then ‘addressed the nation’ in a 40-minute discourse explaining that the measures that emerged “are not as drastic” as they could have been.

“This is the phase in which we all have to make an extra effort, to try and control the pandemic. Now, like the President of the Republic has said, it is by making this effort in November that we win December” and have at least the possibility of “as normal as Christmas as possible”, he said.

The lockdown strategy – backed by nighttime curfews on circulation between 11pm and 6am the following day – is designed “so that (the country) does not return to a general lockdown”, which the prime minister has already said is ‘unthinkable’ from an economic point of view.

Thus the full list of restrictions starting on Monday have been presented as follows:

The weight of the looming weekend lockdowns will obviously impact seriously on commerce and restaurants/ bars as these “will not be able to receive clients” but “can continue to function as they did during confinement”, Mr Costa explained.

By this, he meant that restaurants can operate on a take-away basis ‘as long as clients pick up orders by 1pm’. Home deliveries however can continue, he said.

For a full list of the boroughs affected by the weekend lockdowns (click here). There is only one such borough, so far, in the Algarve: São Brás de Alportel (click here) bound by these new restrictions – but fears are that others may follow, particularly Portimão (click here).

Indeed, the review of the 121 boroughs in terms of how the virus is faring will come on Thursday, during the more habitual slot for Council of Ministers’ meetings.

Mr Costa warned last night during his speech that “there will be boroughs of the 121 that come off the list and others that will have to enter”.

He also alluded to the possibility of “even more restrictive measures” coming into force, highlighting Paços de Ferreira (in the north) where there remains “a very high incidence of Covid-19”.

The seriousness of Portugal’s situation is borne out by the number of patients being treated in hospital in comparison with numbers during what is now described as the ‘first wave’.