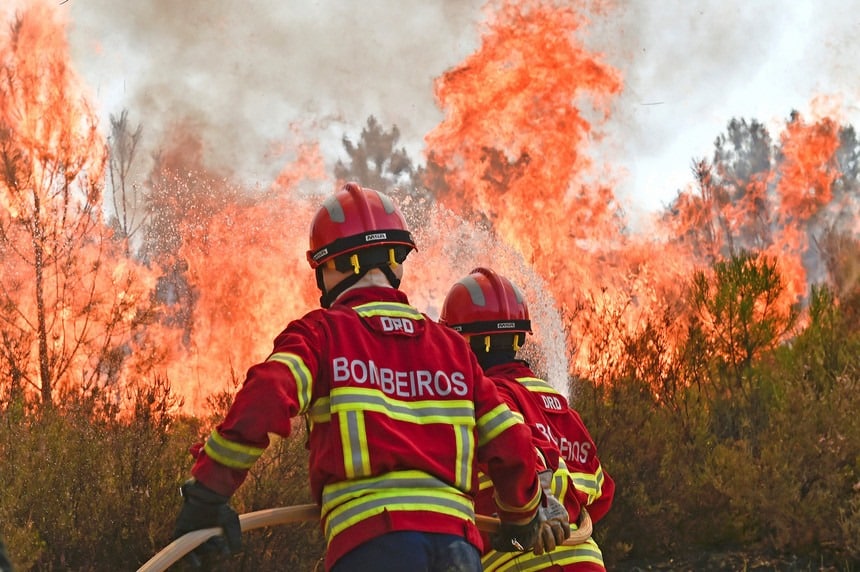 The 6th firefighter so far in this year has died today in combat of a wildfire raging in Antelas, Oliveira de Frades (Viseu district).

Reports coming through have named him as 38-year-old Pedro Daniel Ferreira who was listed as missing earlier this afternoon.

Says Expresso, a source for Civil Protection believes the firefighter ‘suffered a fall’, became separated from colleagues and was then surrounded by the fire.

An inquiry into the circumstances of his death has been opened. The source said however that Pedro Ferreira’s body was “found already carbonised”. This was later been refuted by official sources which say he died of smoke inhalation.

At least 300 firefighters were left tackling the blaze alongside over 90 appliances and at least 10 firefighting planes.

There were serious fires active throughout the day, a number close to each other in the Viseu and Aveiro districts.

Civil Protection has been warning since Sunday of the elevated fire risk throughout the country. Late on Monday afternoon, 100 fires were  still active, mainly in the north.

2020 has already seen five firefighters lose their lives in ‘the theatre of operations’. Discussing the deaths on CM TV on Monday afternoon, an expert stressed that ‘every year in Portugal at least six firefighters die due the huge demands of the job’.