Over 600 firefighters, assisted by 209 vehicles including nine planes and helicopters, continue to battle the Castro Marim wildfire which forced the evacuation of 58 people overnight and has already caused damage to properties.

The blaze, which has spread to the neighbouring boroughs of Tavira and Vila Real de Santo António, has caused injuries to three firefighters, one of whom sustained burns and was taken to Faro Hospital.

Several buildings and infrastructure have also been partially damaged or completely destroyed by the flames. One resident told RTP that the fire spread to his home so fast that he was unable to salvage anything apart from the clothes he was wearing.

Two support areas for citizens (ZAPs) have been established in Azinhal (Castro Marim) and Tavira.

Firefighting efforts continued to be hampered all through the night by strong winds, which have been singled out as the main challenge to overcome.

Regional civil protection commander Richard Marques said that the “severe” meteorological conditions were what caused the fire to reignite yesterday afternoon and what have allowed it to spread with “fulminating speed”.

Said Marques at a press conference held at midnight: “We are talking about a fire that spreads two kilometres per hour, which represents an average spread of 200 hectares per hour. In the last hours, it has spread two times faster.”

Traffic on the A22 motorway remains cut off between Castro Marim and Altura. Traffic was also cut off on the EN125 between Conceição de Tavira and Vila Nova de Cacela but has since been resumed.

Authorities are due to provide an update at 11am this morning. 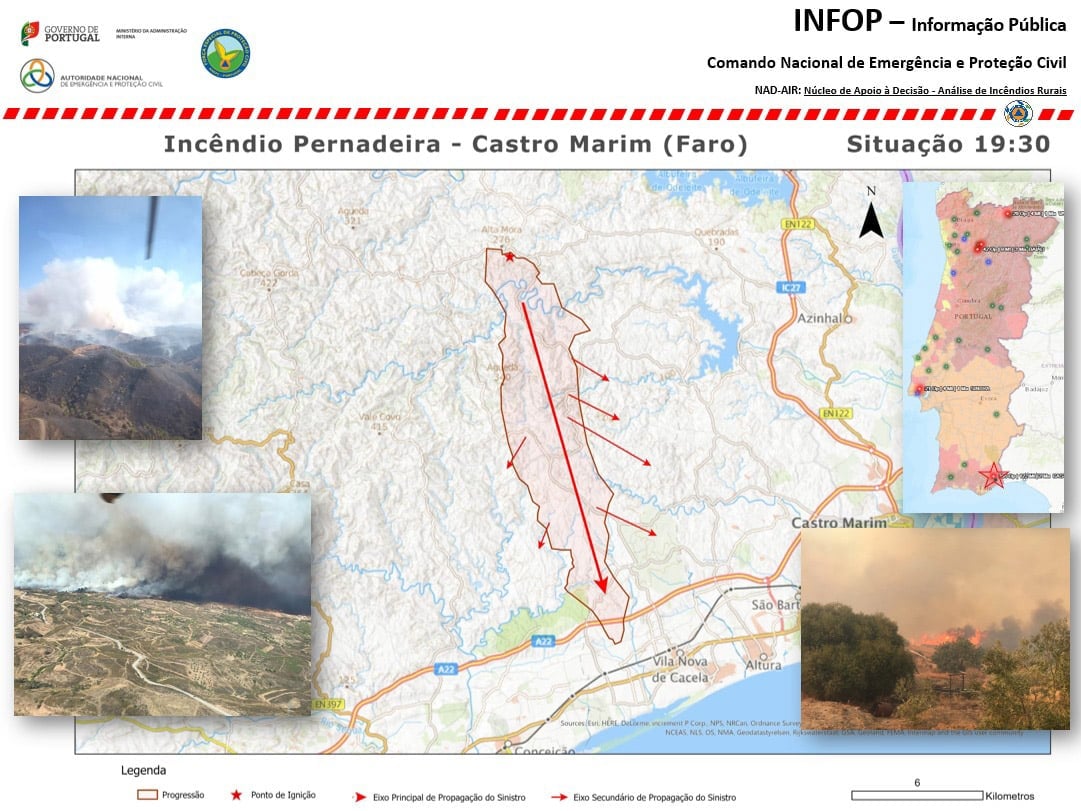