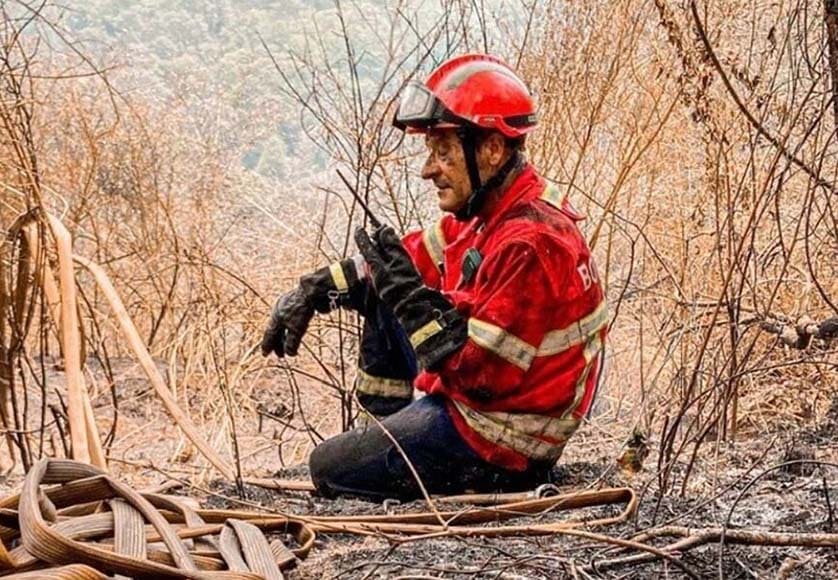 … but national picture much calmer

There are no active fires currently underway in Portugal, albeit more than 50 municipalities remain at maximum risk for outbreaks.

Now focus is on the most vulnerable areas, in the districts of Vila Real, Porto, Viseu, Aveiro, Bragança, Coimbra, Castelo Brnaco and Guarda.

IPMA meteorological institute has also named several other municipalities in districts in the north and centre, and in the Algarve, were fire risk remains “very high”.

These risks will stay as they are “at least until Friday”. But there is a noticeable change in overall temperatures – a nip in the air in the morning and evenings – and downpours are even forecast in Bragança and Guarda today.

In other words, the ‘impossible temperatures’ that aggravated situations are finally abating, which is almost certainly helping the nation’s exhausted firefighters.

Vila Real has been one of the region worst affected by fires this summer. The following clip shows a ‘fire tornado’ witnessed recently.