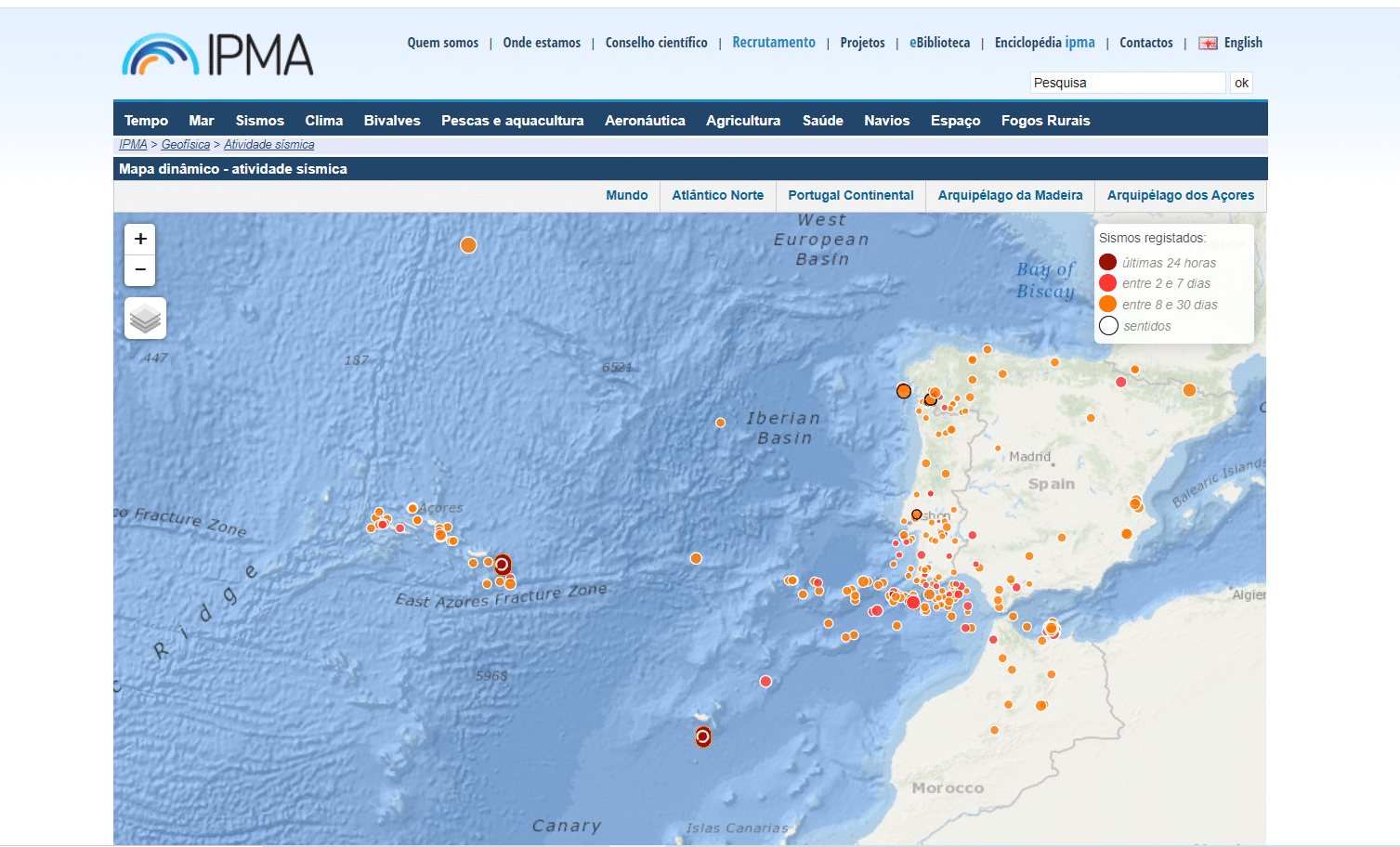 A number of communities in Madeira were woken from their slumbers at 4.32 this morning by a sizeable quake 35 kms south of the island.

The 5.1 (possibly to be downgraded to 5.0) quake was initially given as 5.2. Whatever the fraction over 5, it was strong enough to rattle the borough of Câmara de Lobos intensely, albeit being felt less in the boroughs of Funchal, Machico, Ribeira Brava and Santa Cruz.

According to IPMA any quake in the 5 category (Richter Scale) will ‘wake people up (if they are asleep), cause small objects to fall, doors to open or close, pictures and blinds to move and clock pendulums to stop or change their state of oscillation’.

At 4.32 in the morning, it will have caused quite a commotion, but for now no damages have been reported, and there are no indications that anyone was hurt.