Portugal Resident
Home Portugal News 47 years of democracy in Portugal – but only 10% believe they... 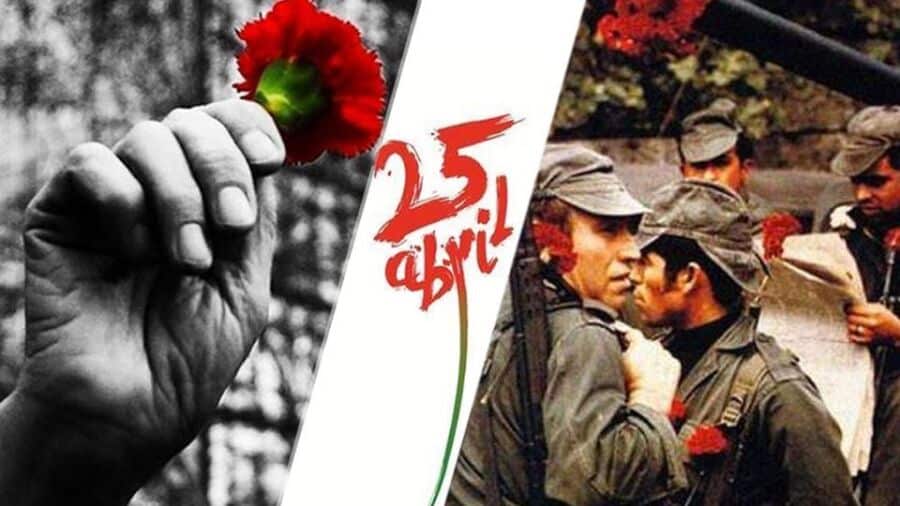 Abril 25 2021 is the day Portugal celebrates 47 years of democracy. Due to the pandemic, commemorative events are limited – some going on virtually, others in strict compliance with health authority regulations. But one aspect is clear, no one really believes Portugal is a true democracy.

Reporting back in February, the Economist Intelligence Unit reduced Portugal’s previous rating of ‘fully democratic country’ to one which is described as ‘a democracy with flaws’ (click here).

Now a poll by ISC/ ISCTE commissioned by Expresso has shown that “only 10% of the population” would disagree.

The rest fall into two groups: those that see it as a democracy with “small defects” (47%) and those who are less generous and view our day-to-day as a democracy “with many defects”.

And the ‘blame’ for this thinking is not the pandemic, says Expresso. People felt this way even before all the measures brought in in the name of sanitary safety.

When it comes to ‘ages’, those who ‘best evaluate Portuguese democracy’ are those who lived or can remember that heady day in 1974 when the people backed the ‘almost bloodless’ military coup and toppled over 40 years of dictatorship. Of those people whose ages fall in the 45-64 year age-bracket 62% rate Portugal’s current democracy as one that is only slightly defective.

Those who are over the age of 65 are less optimistic, says Expresso. Only 55% “applaud the state of the regime, very possibly because they dreamt of a different post-April 25” than the one they have gone on to live through.

But the younger chunk of adult society – those aged from 25 to 44 – is the least positive when it comes to evaluations.

Says the paper, they have experienced successive economic and social crises as well as “the inequalities that also affect democracies”.

It goes without saying that the assessment “exposes the gap that exists for the electorate between those who vote and those who govern. This is easily seen when, when asked if most politicians care about what people think, an overwhelming majority of respondents clearly say ‘no’.

“Only 21% either agree totally (3%) or partially (18%) with the idea that politicians pay attention and/ or even identify with the majority of people. While 29% partially disagree and 45% (the option chosen most by respondents) “totally disagree”.

Put that into another neat condemnation: 74% of people in a country where over 20% live in poverty have very little faith in politicians ever coming through for them.

However, one aspect was clear: 50% of people believe their vote still counts for something/ can influence the way in which the country is governed. This is hugely relevant in that this year we have municipal elections which for the first time are being soundly challenged by a populist of the right, Chega (click here).

Expresso ends its grim assessment of Portugal’s democracy explaining the poll showed the greatest ‘lack of faith’ in the phrase: “In general the State is run to benefit all of the people”. This was “rejected by an expressive majority” of respondents. Only 24% agreed (5% totally, 19% partially), 72% disagreed (31% partially, 41% totally).

What could be interesting later today is the speech that will be given in parliament by President Marcelo to mark this special day in the Portuguese calendar.

The moment is not an easy one – particularly in view of the pandemic, the constant undercurrent of political flux, the hot topic of corruption (and how politicians up till now have balked at truly addressing it within their own ranks click here), and the almost desperate focus on the EU’s long-promised ‘bazooka’ of recovery and resilience funding

“One thing we know Marcelo thinks when he analyses the way time has passed through the history and memory of April 25, 1974,” says the paper.

Three months ago, when he was reelected, the President of the Republic included in his first speech an alert what is on its way: the 50th anniversary of April 25.

“It’s inconceivable that on the 50th anniversary we will not be able to say that we are a more developed, more just country”, he said.

The head of State made it clear Portugal “has to rediscover what we have lost. Forget xenophobia, exclusions, fears. We have to value inclusion, affection, citizens”.

Says the Expresso, “much of what Marcelo says is inconceivable is here”. The question is, can the country pull itself up enough to have changed in three years time?