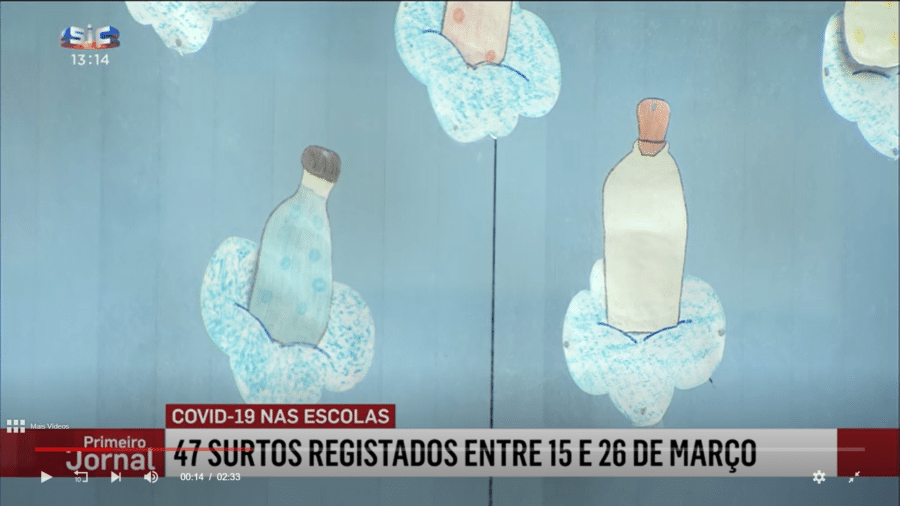 Portugal’s health authorities have reported 47 ‘outbreaks of infection’ in creches and primary schools in the period March 15-26.

In other words, in little more than 10 days of reopening – and in very much the youngest (least affected by the virus) age-groups – Covid-19 managed to ‘gain ground’.

Says SIC television news, “prime minister António Costa is worried” – particularly as this data is already out of date.

Three days ago, 520,000 pupils returned to secondary schools up and down the country, and despite widespread testing, the likelihood is that ‘incidences’ of infection will start being flagged.

SIC adds that the outbreaks have affected parents and educators.

But as Filinto Lima of the national association of parents has pointed out, what more CAN be done to batten down on the possibility of infections? Children are already being encouraged to wear masks at school from the age of 6, and this has been done to reduce the likelihood of infections spreading.

As it is, he stressed, even with the 47 ‘outbreaks’, numbers are residual, and come as tests are in place on a ‘massive scale’, bringing a rate of positivity of less than 0.1%.

The consensus is that mass-testing is throwing up ‘asymptomatic carriers’ of the virus (as none of those declared positive felt ill), enabling authorities to put them into ‘isolation’ and reduce risks of transmission.