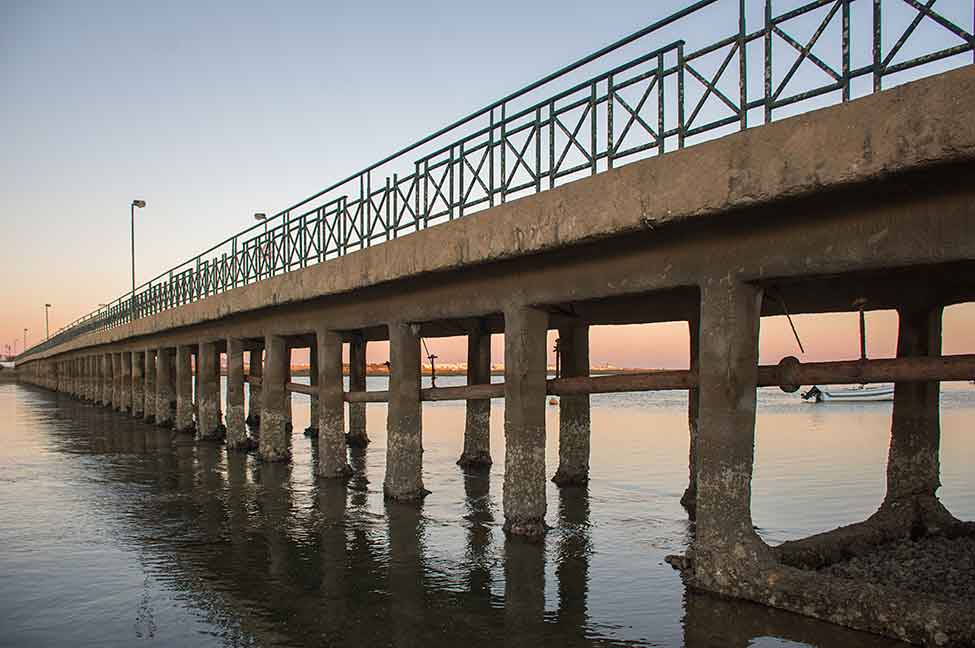 The bridge that never manages to get built is up for ‘tender’ yet again. That makes it three times that Polis Ria Formosa – a government agency itself that has ‘come to the end of its sell-by date’ but keeps going on – has tried to get a contractor interested in building 21st century access to Faro island.

The new ‘project’ has the same €3.5 million price tag as the last, but has “suffered alterations” in the hope that one or two businesses will vie for the challenge.

By ‘suffering alterations’ (as opposed to ‘benefiting’ from them) the inference is that this will be slightly less grandiose structure.

Faro mayor Rogério Bacalhau has been quoted as saying the arches planned in the initial project “have been removed” on the basis that these alone “would have cost around €1.5 million”.

Talking to tabloid Correio da Manhã, he says the job has been “tailored to the price”.

The winning constructor will have to complete the bridge within 18 months, with the town council supporting “more than half the costs”, the mayor added.

The first tender was launched almost three years ago – and attracted no interest at all. Ditto the second.

Curiously, the initial project was lambasted by a civil engineer for being “absurd and overpriced” at a time when it was costed out at less than a million euros than the current one (click here).

Also a tad confusing is the fact that Polis authorities were reportedly ‘liquidated’ last year (click here). Needless to say an employee answering the phone at Polis’ offices in Quelfes, in the eastern Algarve today (Friday), said the entity remains “very much alive”.