Following the success of the first and second editions of the Students Prize Algarve art competition, which ended with a grand prize-giving and art auction at the Lady in Red Art Gallery in May this year, Sovereign Consultoria, based in Lagoa, has announced the opening of the “3rd Prize” and has invited all pupils from years 10, 11 and 12 in the Algarve to participate.

This “Prize” is an initiative of the Sovereign Art Foundation (SAF) and is organised by Sovereign Consultoria.

The main purpose of the competition is to inspire and reward young artists in the community, to encourage cultural development and raise funds for disadvantaged children in the region. The art prize will follow the same pattern already set by similar prizes held by the Sovereign Art Foundation in Asia, Middle East, Europe and Africa.

Pupils are invited to submit their artwork for review by a panel of judges, who will select, in their opinion, the top 20. These artworks will be exhibited to the public at various locations throughout the Algarve.

The final 20 artworks will be auctioned to the public with the proceeds being divided between the artists and a deserving local charity chosen by Sovereign for the 2018/2019 competition.

For the 2019 Prize, Sovereign has chosen to, once again, support the Rotary Clube de Silves, but the funds will be used to directly support the School Art Projects workshops organised by artists David Trubshaw and Gudrun Bartels, who work with children of all ages in schools throughout the Algarve.

Based on the feedback from the previous editions, Sovereign expects this third competition, with a prize money totalling €3,100, to be even more successful, but they need the support of sponsors to see it through.

The Open Media Group, publishers of the Algarve Resident newspaper, is again proud to be media partner for this event.

If you or your company would like to help this worthy cause, contact Isobel Costa on 282 340 480 or email icosta@sovereigngroup.com 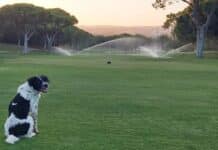 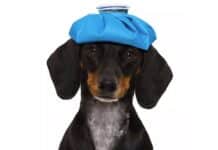