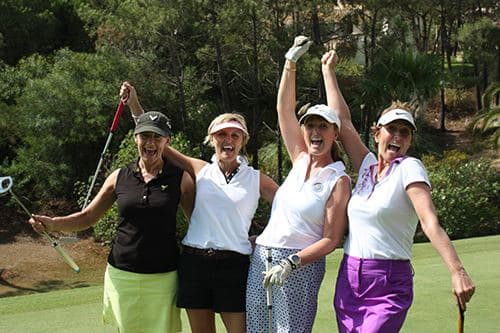 What began as a ‘low-cost’ online protest from students ended up by being a full-blown demonstration across Portugal’s main cities, such as Lisbon, Porto and Faro.

They were against the cuts, the corruption, the lack of answers and leadership, the Government, the European Union heads, the IMF and the ratings agency.

They were angry at the ‘jobs for the boys’, the millionaire salaries and bonuses, the greed of the banks, the incompetence and austerity measures and the lack of future security.

Dubbed Geração à Rasca (Generation in Trouble), Saturday’s demonstration ended up representing the young, the old, the unemployed and those working in precarious conditions.

Talking to those involved, it soon became obvious that, above all, the protest was about safeguarding the contracts, wages and generous labour rights that were won following the April 25 Revolution in 1974.

There were those indignant at what the government terms flexi-security, which translates into a generation of young people in their 20s and 30s who have no fixed work contract and instead are employed on the system of the so-called ‘false green receipts’ – a system of receipts normally reserved for independent and liberal workers and one-off projects rather than continual work.

Corruption was another key issue in a system where the rich in Portugal get richer and the poor get poorer, while the middle class gets financially squeezed in taxes.

Yet another complaint was the poor level of leadership in Portugal and its weak political class, while there was also vitriol directed at the Germans who are being accused of directing Portuguese internal economic policy.

A family of protesters, Isabel, Inês and Luís attracted much attention during the march in Lisbon, which began at 3pm in the Marquês de Pombal roundabout and the city’s famous Bullring at Campo Pequeno.

Sporting equal T-shirts, with the age of each one on the back, the words on the front stated ‘Various Generations – One Struggle’ to show that there were three generations affected by the current political, social and economic crisis. The pensioners whose pensions are being cut, the middle aged who are facing redundancy and the young who can’t find stable jobs.

Representatives of political parties were conspicuous by their absence during the afternoon which saw an estimated 200,000 alone in Lisbon, 100,000 in Porto and 6,000 in Faro.

But despite the obvious suffering and anger, the day passed off in a peaceful and orderly fashion, with none of the violence the world has come to expect from demonstrations in Athens.

There was music, singing, fado, street theatre, those carrying red carnations, the symbol of the April 25 Revolution, and many, many colourful banners and flags.

Supporters were from all political parties and backgrounds, ages and professions, architects and lawyers, doctors and teachers, public sector workers, the unemployed, pensioners, domestic workers, dinner ladies and housewives.

Whatever their background, on Saturday they were all dancing to the same tune and looking towards the future with fear and uncertainty.