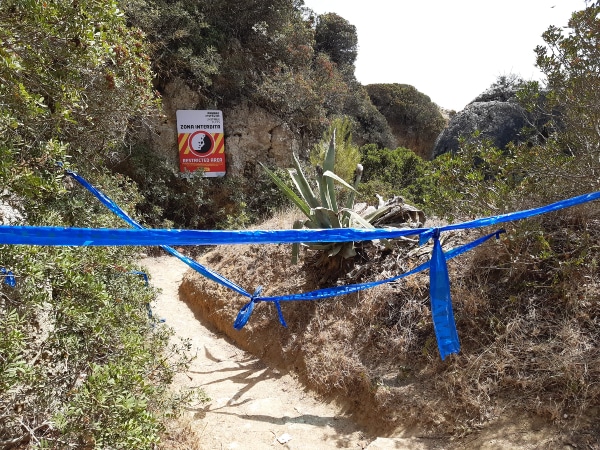 Around 30 people were evacuated from Albufeira’s Ninho das Andorinhas beach this afternoon due to the “imminent risk” of a rock fall.

The decision was made based on a “preliminary evaluation” of the beach’s cliffs which detected “signs of an imminent rock fall” due to existing cracks, a source from Portimão port told Lusa news agency.

Authorities are now pondering a controlled demolition of part of the cliff deemed at risk.

Around 30 beachgoers, including foreigners, were at the beach at the time authorities were assessing the situation. The beach is not supervised by lifeguards.

All were instructed to leave and took heed of authorities’ advice, the source said.

“As a precautionary measure, the beach has been declared off-limits. Accessing the beach by land or sea is prohibited,” added the source.

Says Lusa, Algarve cliffs are monitored frequently by the Portuguese Environmental Agency (APA) and undergo controlled demolitions when rocks are deemed at risk of imminent collapse.

These surveillance initiatives are mostly carried out before the start of the bathing season in order to prevent tragedies such as the rock fall that happened at Albufeira’s Maria Luísa beach in 2009, which killed five people. 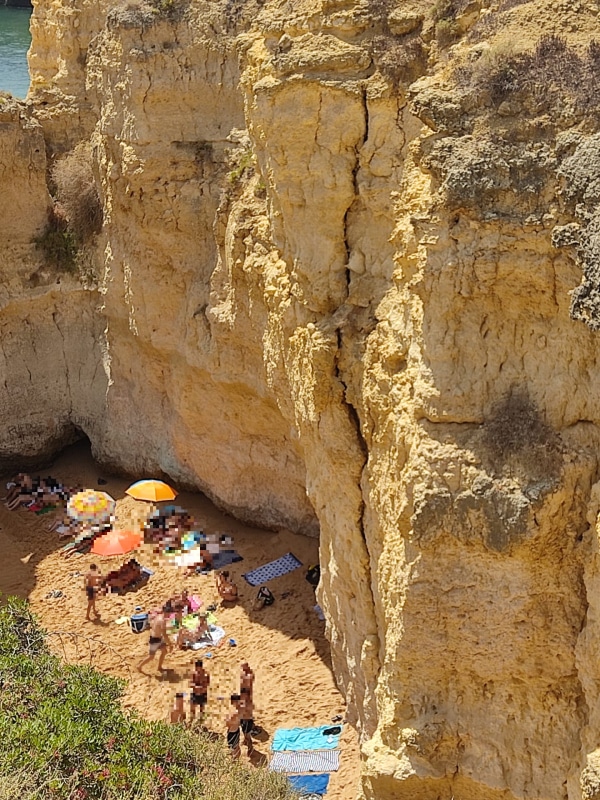 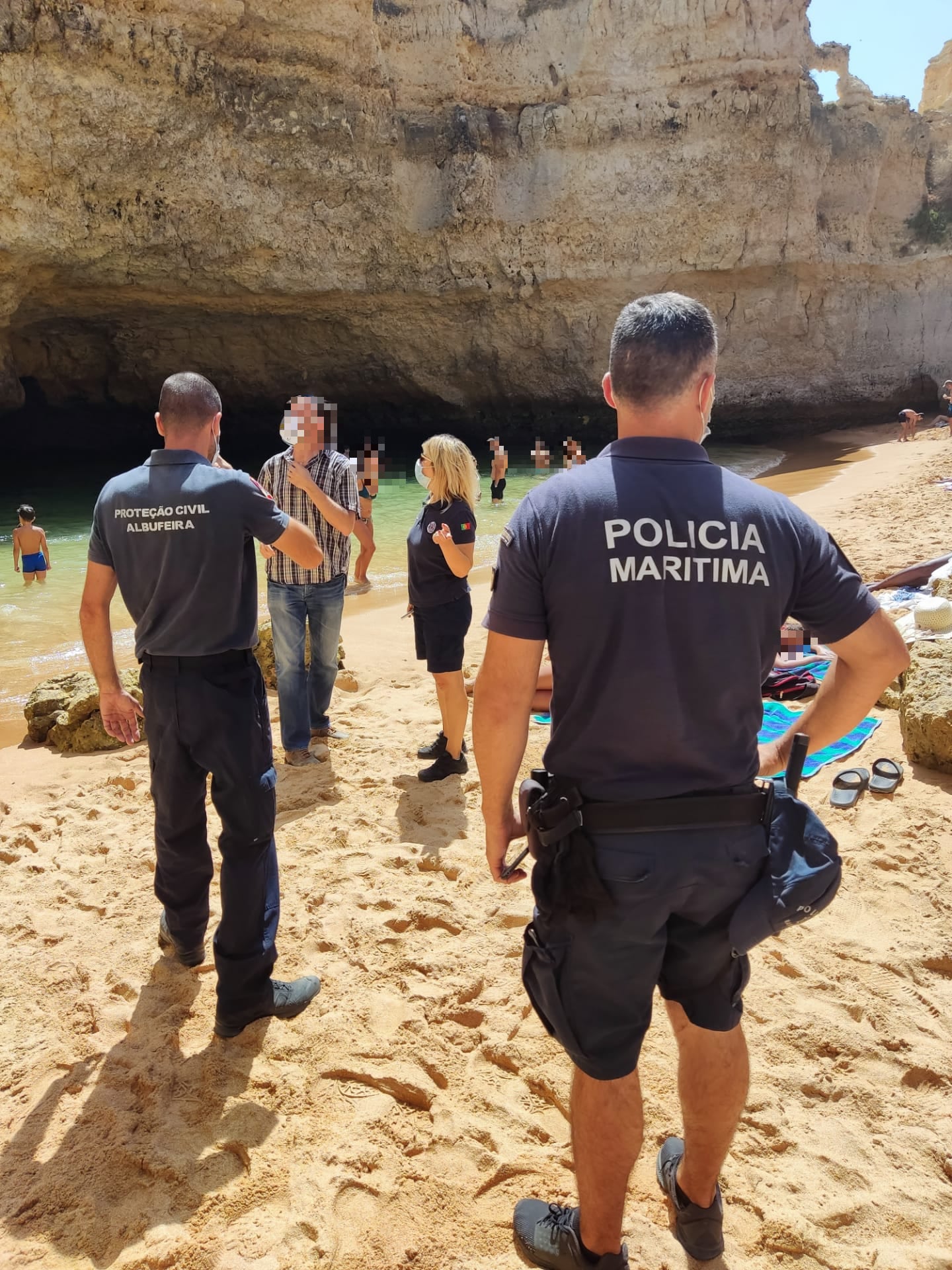