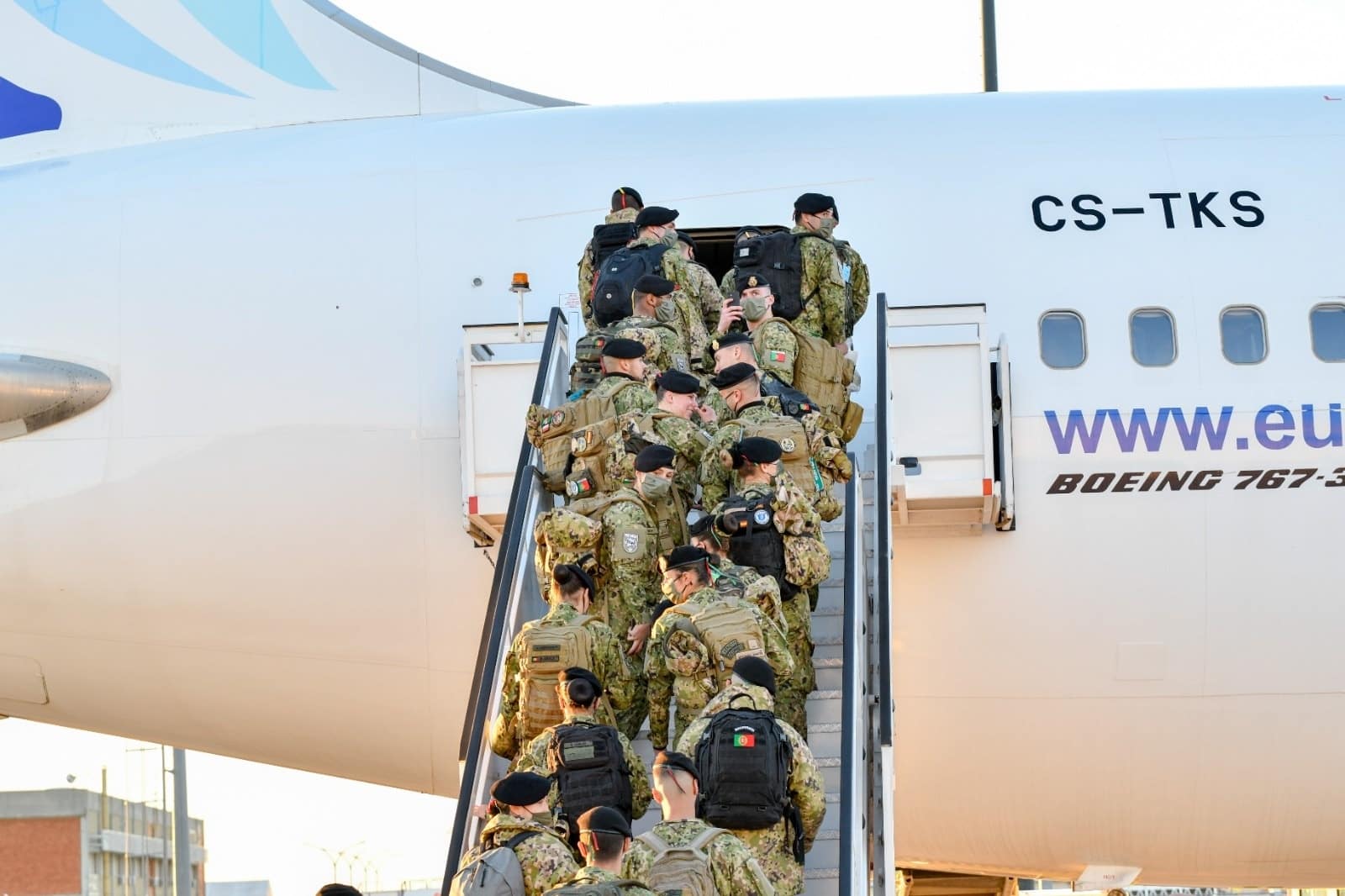 ‘Tailored Forward Presence’ brought forward due to war in Ukraine

222 Portuguese soldiers from all three branches of the Portuguese Armed Forces left Figo Maduro airport early this morning on a NATO mission to help bolster the ‘south-eastern flank’ of the Alliance in the context of the war in Ukraine.

The ‘Força Nacional Destacada’ (Deployed National Force) of men and women was due to have taken part in a NATO ‘Tailored Forward Presence’ mission in Romania (which borders Ukraine) during the last three months of this year. Russia’s invasion however brought the plan forwards.

The contingent’s mission involves ‘enhanced Vigilance Activities’ or eVA, which Portugal’s head of the Armed Forces Admiral Silva Ribeiro described as designed to “affirm the cohesion and determination of the Allies, and increase NATO’s readiness to dissuade a possible aggression on its territory”.

The 222 include a ‘motorised infantry reinforced with Stinger anti air missiles, and a team of ‘special Ops’ forces.

The military flew from Portugal to Greece, where they were reunited with dozens of armoured vehicles, including Pandurs and VAMTACs, transported ahead of them last week.

The rest of the journey is being made overland, with the soldiers joining those of other countries in southern Romania, roughly 600 km from Odessa (Ukraine).

President Marcelo, the minister of defence and a number of high-ranking military were at the send off at 6.30 this morning, with Prime Minister António Costa sending a message, in which he said Russia’s invasion of Ukraine “requires a clear statement of NATO’s deterrent force”, as it is “a grave violation of international law”.

President Marcelo made a point of shaking the hands of all the soldiers setting off today after a brief speech stressing the defensive role of Portuguese troops. “An alliance that does not attack is prepared to prevent, preserve and defend peace. This is also your mission”, he told them.