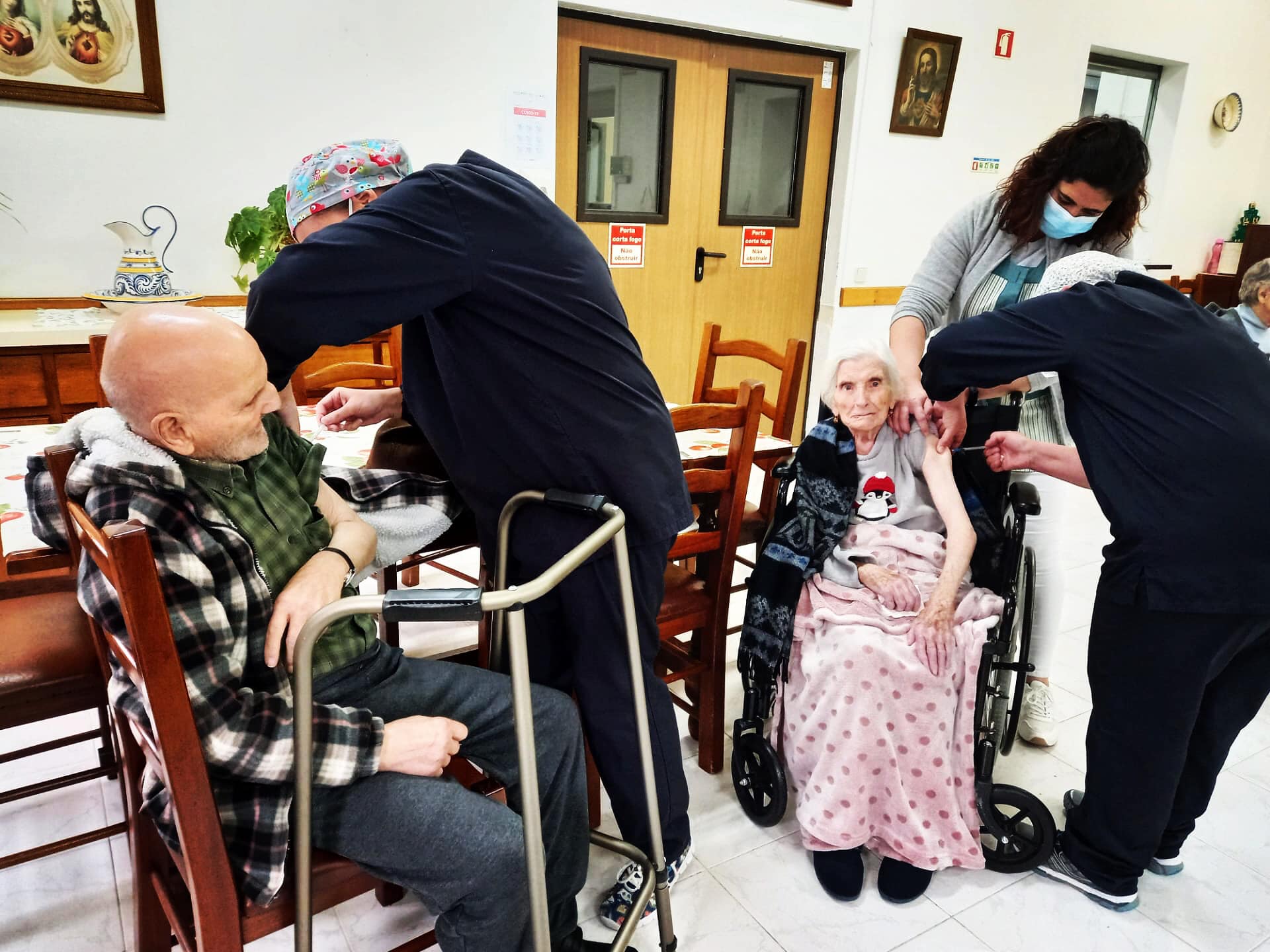 In a surprise announcement last night, Monchique mayor Rui André brought his thousands of followers the ‘lamentable news’ that he ‘didn’t want to bring and had hoped very much wouldn’t happen’: 19 residents and three members of staff in the town’s Misericórdia old people’s home tested positive yesterday for Covid-19.

All 19 residents are asymptomatic and in isolation in a wing at the facility thanks to “the perfect articulation of health authorities and staff of Santa Casa da Misericórdia de Monchique”.

Today the mayor tells us the seniors are “in good spirits and much more tranquil than they were yesterday” (when they received the shock news of proving positive after weeks in which every single periodic test had come back negative).

Explained further down the mayor’s Facebook post was that the elderly residents had received their first shots of vaccine only two days previously.

Locals hearing these details wonder whether the positive results could be more connected to receiving the vaccine.

“This sounds like a case of putting the cart before the horse”, said one. “Having been vaccinated they would be developing antibodies which might cause a positive test…”

Another wrote into us to say: “You could almost see this coming. Last week the news was how low cases were in Monchique. Now suddenly a whole bunch of people are tested in a home where they have all been vaccinated, and 19 residents and three members of staff are positive! It seems very strange”.

According to Mayor André the decision to test yesterday followed a member of staff feeling unwell, taking a test herself and proving positive.

“We only got (her) test result after the vaccinations”, he said.

The member of staff has not been vaccinated, said the mayor, because “she has a chronic disease, and has to have the vaccine later”.

This adds another twist to the story: a member of staff with a chronic disease who can’t be vaccinated at the same time as people over the age of 100.

For the time being, it is what it is – meaning ‘squeaky clean Monchique’ (in terms of Covid infections) is now another borough in the country with elevated incidence of the virus.

Six new cases were flagged on Wednesday, taking the total now for the borough since the start of the pandemic to 82, of which 50 have recovered, 31 are ‘active’ and one (an elderly person with compound morbidities) sadly died some months ago.