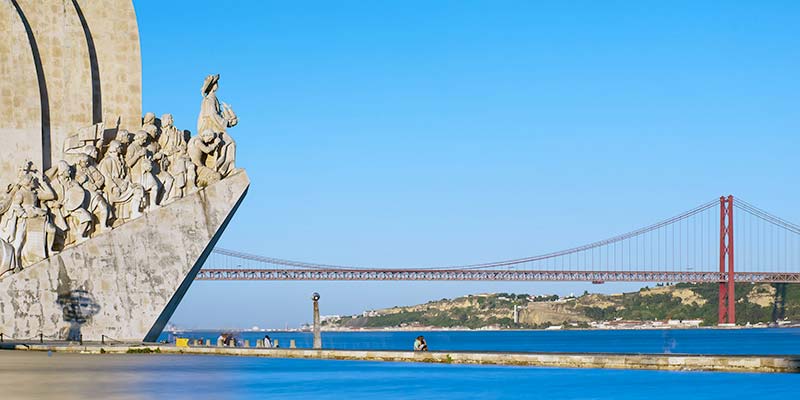 Ten years ago, Portugal was floundering in economic quagmire. This year – with a Socialist government at the helm for a second term – it expects to have reeled in well over another €1 billion worth of new investment. Plans for 2020 are to capitalise on the nation’s innate ability to charm everyone.

While larger powers have their issues – and trading spats – with other countries, Portugal has deftly managed to remain everyone’s friend.

In interview with Dinheiro Vivo over the weekend, Secretary of State for Internationalisation Eurico Brilhante Dias elaborated on the strategy – outlining Portugal’s path in a rapidly changing world.

“We’ve been positioning ourselves in such a way that Portugal is a participant in the process of European construction but also has open channels in China and India, maintains contacts with the Africas (all Portuguese-speaking African countries, of course, but also those on the west coast like Senegal, the Ivory Coast, Ghana, Egypt, the Horn of Africa, in particular Ethiopia), and is seeking potential markets still in the Middle East,” he said.

“In the rest of Asia – particularly Japan and South Korea – we have been intensifying relationships, as well as in the Americas (USA, Canada, Brazil – where we have the largest networks of chambers of commerce in foreign countries – Colombia, Peru and Mexico).”

The watchword has been “diversifying markets”, to “manage risk and create alternatives that allow us to increase exports, attract foreign investment and be a net-contributor not only to economic wellbeing but to peace in the world,” says Dias, calling the approach “the reinforcement of multilateralism”.

Historians might chuckle as modern-day Portugal seems to be revisiting the trading zeal of the Great Discoverers: albeit by speedier, less trouble-fraught means.

“We have prepared ourselves well,” Dias told DV. “We have continued to maintain bridges to different parts of the globe. Last year we had 11 different capital sources, which means we are raising capital in the form of direct foreign investment from many parts of the globe. This is good risk management that has to continue.”

“The whole world in one country”
To this end, Portugal is splashing out €21 million on a sumptuous pavilion at Expo Dubai 2020, starting in October and running until the following April 2021.

“The objective is to link the concept of Portuguese participation to the image of an innovative, entrepreneurial country that is friendly, striving for environmental sustainability, and with a large capacity for welcoming (other nationalities),” says a government source.

The first ‘stone’ of the temporary building was laid pre-Christmas and now it is simply a matter of pulling out all the stops in readiness for what should be a major draw for new foreign investment in the coming months.

Over 190 countries are taking part in Dubai 2020, of which 110 are sharing exhibition space, and 82 are constructing their own independent pavilions (Portugal being one of these).

The nation’s 1,800sqm structure will have three main areas to transport people through the ‘magic of Portugal’: its food, wines, fabrics, footwear, culture and the more competitive modern focus on the ‘Blue economy’, renewable energies, entrepreneurship, science, tourism, hospitality … and a growing aerospace industry.

Estimates suggest around 7.5% of the 25 million Expo visitors will pass through the pavilion, so it will be up to everyone employed inside to project the potential of this tiny country, with luck to lines of avid potential investors.

Says Brilhante Dias: “The political thinking of the prime minister and minister of foreign affairs are for the 173 days of the exhibition to show all the different dimensions of Portuguese society, from culture to science to companies and sectors. The plan is to give a picture of a modern, welcoming, tolerant country that is open to the world.”

And as for any concerns over Brexit, Dias says Portugal has “never sold so much to the United Kingdom: €1.7 billion worth of business in the last two years”. Despite any negativity that may emanate from Brussels over the prospect of future trade deals, it seems certain that allegiances forged centuries ago between two historic allies will find a way.

If Germany sneezes, Portugal catches a cold
But on the basis that growth in Europe is lacklustre and countries within the bloc are struggling not to fall into recession, Expresso has been asking Portuguese business leaders what their predictions are for the year (if not decade) ahead.

Of 12 quizzed, seven think the national economy will ‘get better’, five believe it will stay the same. None predict it will get any worse.

Said Vasco de Mello, of the José de Mello group (involved in health, senior care, real estate and chemicals), “we are witnessing a cooling of the economy in the main markets in which Portugal sells”, but thanks to the “major effort to transform and look for other markets”, he believes companies will cope.

“Something that happens elsewhere could affect us strongly,” he said, adding: “If Germany sneezes, Portugal catches a cold.”

Other business leaders regaled Expresso on their ideas about how to stimulate businesses (by reducing taxation levels), but the truth is that ‘if Germany sneezes’ Portugal should have a few ‘alternatives’ lined up.

This is perhaps what political leaders were trying to explain when US Secretary of State Mike Pompeo arrived last month, full of advice (which was reportedly politely ignored) about the use of Chinese technology.

Certainly, Dias is gung-ho about China. He told Dinheiro Vivo: “You may not realise it, but China has been one of the major ‘senders of tourists’ to Portugal.

There are regions where Chinese tourists are equivalent to the Spanish in terms of growth for the industry. And, because of that, what we do need is more airlinks. China is driving business and commerce, not only tourists, here. The government has made important efforts to increase exports.” He cited the increase in exports of Portuguese pork and plans to start selling Rocha pears and Alcobaça apples to China.

With an “important commercial deficit with Beijing that should not increase”, the way forwards will not involve barriers on imports, he said, but an increase in exports: in traditional sectors (clothing, footwear), in the automobile sector “where we’re very competitive on parts and components”, and in ornamental stones, like marble and granite.

Thus, if Germany sneezes, Portugal may have to dose itself up with cold remedies, but it will more than likely be ready to pack its wares slightly differently and head for an airport.

Says Dias, TAP’s expansion into China should be one of the next steps for 2020.