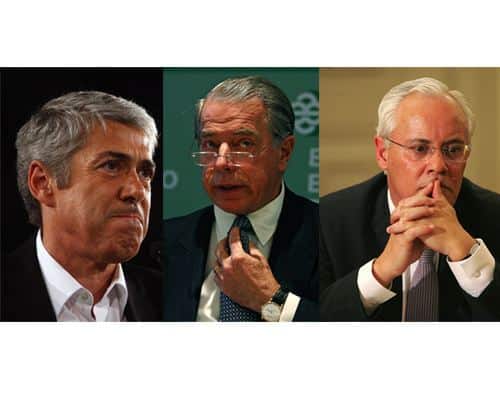 With a new government, a new Justice minister and lots of material to work with, 2016 is set to become Portugal’s “year of reckoning” for a number of high profile cases of alleged corruption, writes Económico website.

Former prime minister José Sócrates “will know whether he is accused” in the ongoing, tortuous Operation Marquês investigation, and “Salgado also. Cases of economic crime will dominate the year”, Económico confirms.

While readers’ comments following the story call for everyone involved to be “put behind bars where they should already have been for a long time”, the truth is we really have no idea whether all the fuss and media space given over to stories of Sócrates’ alleged money-spinning escapades will add up to a row of beans, or simply be archived.

Certainly since his lawyers “muzzled” national tabloid Correio da Manhã with a court embargo, little more has been heard of the investigation that dominated national news headlines for so many months last year.
According to Económico, the AT tax authority “participating in the investigation has said it will only be in a position to make a decision in September”. That would be almost two years since Sócrates was first arrested as he touched down in Portugal from his apparent millionaire lifestyle in France.

Not surprisingly, the director of serious crime squad DCIAP wants a much earlier date for prosecutions, and has said as much to public prosecutor Rosário Teixeira, says the website.

Sócrates and his defence team are equally scathing of the time it is taking to instigate proceedings over Marquês.

Pressure is on, says Económico, for Teixeira to say whether or not there will be formal charges – and, whatever happens, Sócrates is due to come out with all guns blazing.

If he is charged, “the former prime minister will react with force, requesting the opening of instruction to avoid going to trial”; and if the case is ‘archived’ (as so often happens in complex cases, particularly surrounding alleged economic crime), he is likely to react “in the same way” and put “Justice on the cross” over what he could claim was victimisation.

Moving swiftly on (as Sócrates’ muzzling of the nation’s tabloid has put the wind up all Portugal’s media), there are two cases involving Ricardo Salgado that should come before judges this year: one involving alleged irregularities which led to the multi-billion collapse of BES, and another concerning his role in the Monte Branco investigation into allegations of systemic corruption and money-laundering.

As Económico affirms (with a hint of delight), this promises to be a “hot year” – not least because despite its remarkable record for suspect political dealings, Portugal has never before seen a former prime minister accused of corruption and other economic crimes.

And just in case people are ‘bored’ of Marquês, BES and the thought of Monte Branco, there is more where they came from.

“The year will be marked by the probable judgement of Operation Labyrinth (Golden Visas),” says Económico, in which “high ranking figures in public administration and former minister Miguel Macedo are accused of corruption, among other crimes”.

And while prosecutors are burning the midnight oil trying to finally pull their cases together, the ‘resolution’ of Banif Bank threatens to join the throng.

“The Attorney General has started to investigate the Banif case,” explains Económico, which is certain to “fill newspaper pages” throughout the year, if not because of judicial intervention, because of the parliamentary inquiry that is being created to identify the reasons for the fall of the bank which has set the country back at least another €3 billion.