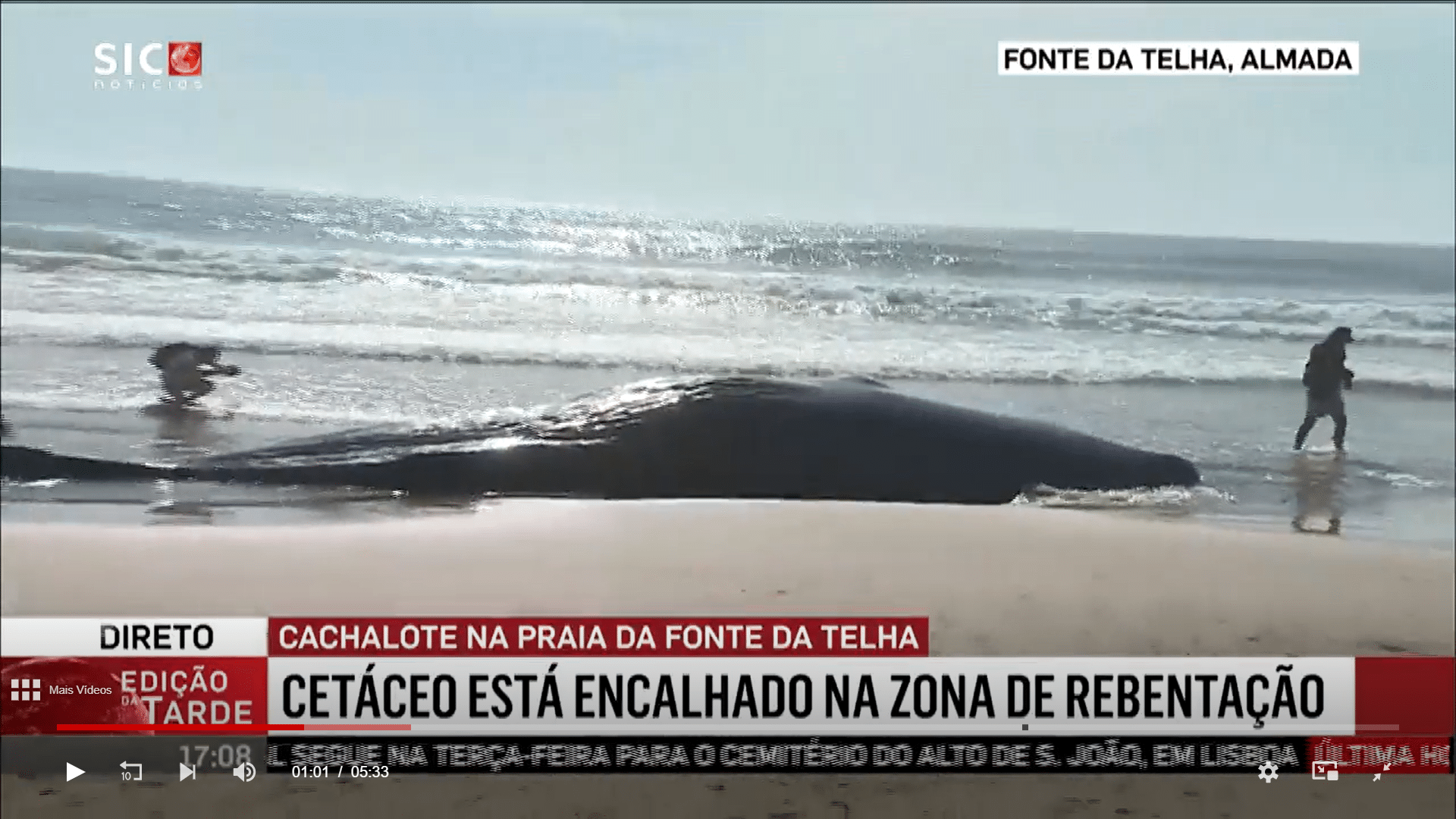 ICNF issues statement saying ‘it will die no matter what’

Animal rights campaigners have been horrified today by what they see as ‘negligence’ in the form authorities dealt with a stranded 15-ton sperm whale, washed up on Almada beach.

The massive creature (measuring 14.8 metres long) was sighted around 6 o’clock this morning by fishermen – and according to Associação Animal, this would have been the right moment to organise a tow – with admittedly a powerful boat – to ease the animal back out into deeper water.

As it was, the tide then started going down, the whale became stuck on the sand – and there was no way anyone could have moved it easily.

Beachgoers were interviewed throughout the day, all of them saddened that so little appeared to be being done to ‘save the whale’.

The ICNF has since issued a statement to say it will remain at the site in Fonte da Telha, but there is nothing to be done: the whale will die.

According to the statement the creature shows signs of having fractures, “possibly caused by a collision”, making a return to sea impossible “without provoking more damage and suffering”.

The Institute of Nature and Forestry Conservation stressed that Maritime Police had tried to guide the whale to an area of deeper water before it became stranded. It was at this point that the injuries were detected.

“The animal did not react to the proximity of boats, which suggests the strong probability that he/ she was already unwell before beaching: the natural habitat of these animals are deep waters. They generally only approach coastal areas when they are ill, or have suffered some kind of problem, ” the statement continued, concluding that “removal of the cadaver will be the responsibility of the Municipality of Almada, and take place after the necropsy on Monday at the headquarters of (recylcing plant) AMARSUL”.