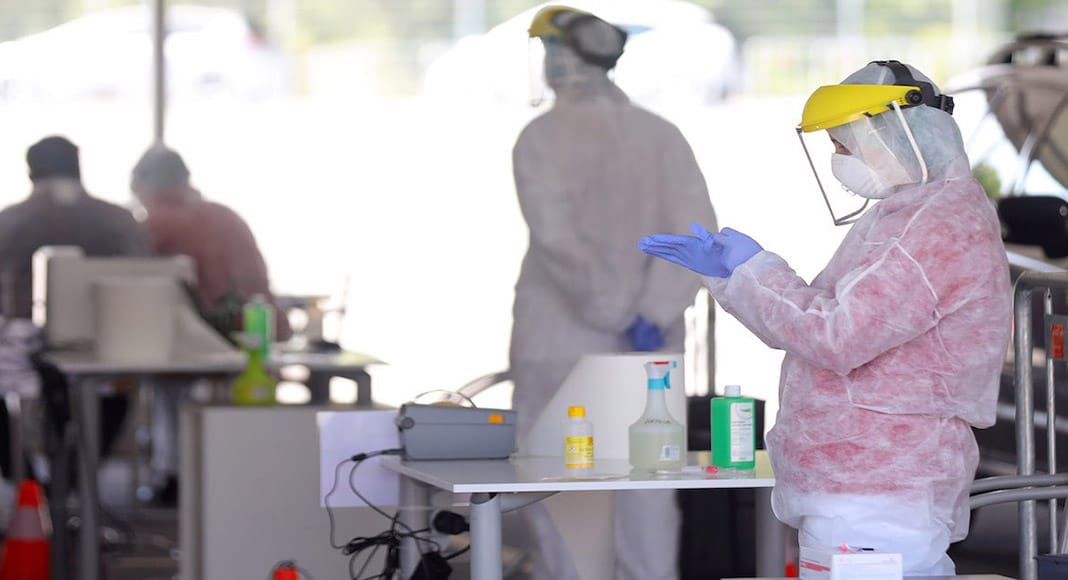 From cooperation between the government and opposition, the population’s sense of civic duty to the policy to legalise immigrants and refugees to give them access to healthcare during the pandemic, Portugal has received as many as 15 different compliments from the international press so far, and we’re still only at ‘stage three’ of this global pandemic.

Says Diário de Notícias today, two of the first major compliments came from France Inter and CNN at the end of March, after news that immigrants and refugees were being ‘welcomed into the fold’ during the crisis, so that they could receive any health care necessary.

“Generosity but also a measure of public health”, said the French news channel. “By legalising everyone, the government gave the whole resident population in Portugal free access to the health service. Everyone protects everyone against Covid-19”.

Said CNN: “Portugal has temporarily given full citizenship rights to all immigrants and refugees, guaranteeing them total access to the national health system at a moment in which the pandemic is sweeping the country”.

Forbes came in even earlier, remarking on the effects of the pandemic on Portugal: “Up till now, Portugal has managed to control the explosive growth of cases which is happening in other European countries”.

Then came France’s Le Figaro in early April, saying: “Comparing the total number of deaths in western European countries, Portugal seems to be an exception. To the extent that some call it a Portuguese miracle…”

Days later the New York Times remarked how: “Spain’s principal neighbour is doing so much better. Despite a thousand kms of frontier with Spain, Portugal had just 200 deaths from coronavirus last week when Spain had exceeded 10,000…” while Le Monde reported: “State of Emergency prolonged to April 17, rents suspended in Lisbon till June para those with greatest economic difficulties, migrants legalised until July 1: Portugal tries to resist the tsunami”.

By now, news channels everywhere were watching progress in this little country on the edge of Europe.

Commented RTBF (Belgian French-speaking radio and television): “Aware of information as it arrives from all over the world, the Portuguese have taken themselves in hand. They have fled to their homes in the countryside, stopped going to cafés, bars and restaurants and taken their children out of schools”.

Germany’s Der Spiegel followed President Marcelo’s sudden dive into self-imposed quarantine, after a visit from a school in which one pupil (from a class that had not been involved in the trip) was reported to have proved positive for the virus: “At the beginning of March, President Marcelo Rebelo de Sousa became the first head of state to go voluntarily into quarantine. Fortunately it was a false alarm, but it served as a warning”.

Brazil’s TV Globo remarked mid-April: “Today, Portugal is considered a good example of control in the advance of coronavirus. The Portuguese follow the World Health Organisation recommendations to the letter, and began right at the start of the pandemic”.

Euronews conceded that Portugal did have the benefit of ‘time’: “More time to prepare and a population obedient to measures of confinement helped Portugal manage the coronavirus pandemic”; while the UK Guardian cited: “Rapid response and flexibility to a worse-case scenario”.

Said Spain’s El Pais on Liberty Day last Saturday: “Portugal has shown itself up till now to be one of the countries in the world that has had most success with the health crisis related to coronavirus”.

Le Temps, meantime, from Switzerland, remarked on cross-party collaboration: “Another great Portuguese virtue has been the ability to maintain a united front. For this the country has precious assets: a small population of 10 million, political centralism well-accepted in general, the absence of significant internal resistance and in particular of any extremist populist movement”.

Ás, from Spain, had nothing but praise for the country’s politicians: “Portuguese politics has once again shown the rest of the planet how support between parties can overcome this health crisis”.

And finally, from El Pais again, last week: “Portugal has faced up to this epidemic with exceptionally low casualties – 735 deaths in a country of 10.28 million, compared to the more than 20.800 in Spain with a population of 46.9 million – and a strong Socialist government led by prime minister António Costa backed by parliamentary support. Even with this, the leader of the opposition threw his own hat into the ring, willingly, without asking for any reward for doing so”.

So far, so good. As the country plots its gradual return to a new normal, pressure now is even more intense because Portugal has become ‘a success story’ while the battle is still underway. The end of the State of Emergency at midnight on May 2 is not the end of the outbreak, President Marcelo warned today. Every step politicians approve – to be revealed on Thursday – will have involved hours of ‘careful ponderation’.