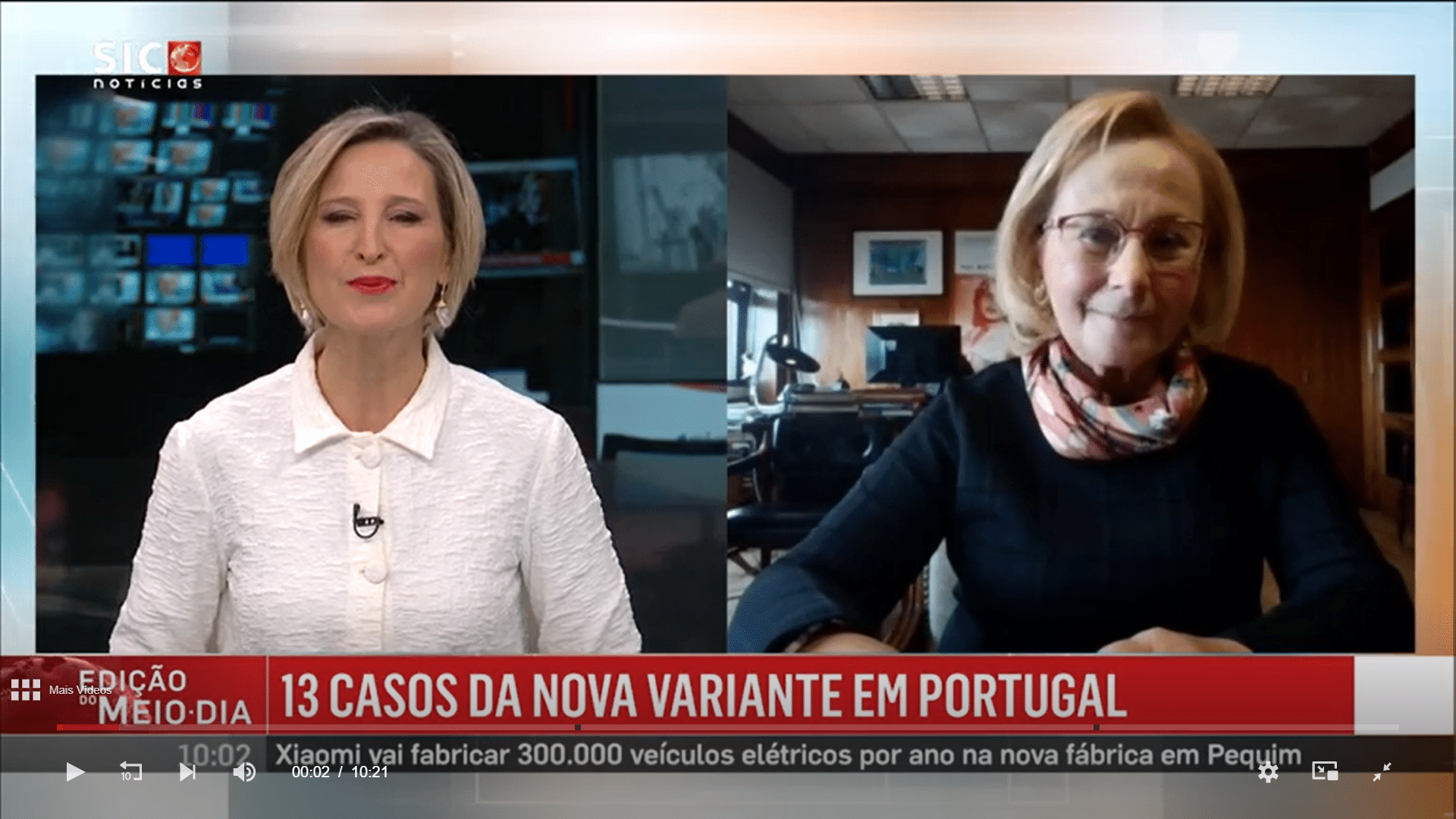 As the worldwide fervour over Omicron – a new variant of SARS-CoV-2 identified in South Africa – calms slightly, authorities in Portugal have revealed that 13 positive cases have been discovered in Portugal, all of them involving people who remain ‘well’, some even showing no symptoms.

This is the ‘bottom line’ of what at some points appeared to be a weekend of hysteria: indeed the doctor who first reported this new variant in South Africa has now been widely interviewed by the international press, explaining that cases in Pretoria, where she is working, have not ended up in hospital and appear “extremely mild”.

Dr Angelique Coetzee, a member of South Africa’s vaccine advisory committee, agreed with BBC television journalist Andrew Marr yesterday that the world’s reaction to Omicron does appear to have been one of  “unnecessary panic”.

For Portugal, for the time being, the 13 cases identified are among football players and ‘the technical team’ of Belenenses SAD.

As SIC explains, “one of them returned recently from South Africa”.

DGS health director Graça Freitas has described all those infected as having a “favourable evolution” of the virus, which she agrees “is very good news”.

The next step will be to “intensely” seek out the contacts of the infected 13, ensure they go into self isolation and get them to take diagnostic tests (irrespective of their vaccination status, says SIC, or indeed their level of exposure).

This means all players who took part in the game on Saturday at the national stadium in Oeiras – including those attached to Benfica – will have to be tested.

The testing plan involves three separate tests: one immediate, a second on the 5th day afterwards and a third on the 10th day.

Saturday’s match in Oeiras broke up after 48 minutes, due to one of Belenenses players collapsing on the pitch. It was later confirmed that the team was testing positive for infection by SARS-CoV-2.

The issue of footballers ‘collapsing’ in training and on pitches has been widely discussed over social media over the last few months. There have been ‘more than the usual number of incidents’.

And as the World Health Organisation continues to sound the alert about Omicron, social media is sharing the unfortunate anagrams of this latest Greek letter of the alphabet: “Moronic”, and much more insidious “Oncomir” (this needs to be ‘googled’).

The last flight into Portugal from Mozambique – before today’s flight ban came into force – brought 218 passengers, of which two tested positive for Covid-19.

INSA, the public health institute Dr Ricardo Jorge, has said one of the positives was for the Delta variant, the other “is not yet confirmed”.

Graça Freitas has confirmed however that among the 13 positive cases detected this weekend, a number were fully-vaccinated.

As of this morning, Omicron has been detected in nine European countries: Portugal, Austria, Denmark, Italy, Germany, Belgium, United Kingdom, Czech Republic and the Netherlands.