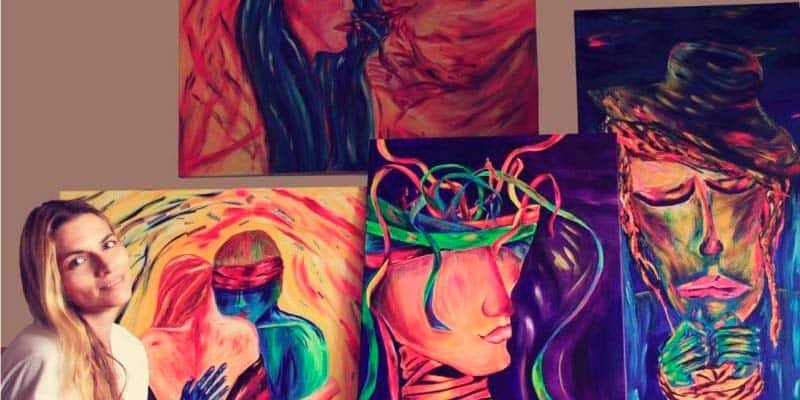 This time it was in Germany, but the end was the same: a Portuguese woman killed at the hands of a furious man.

The family of talented artist and doctor in dermatology Inês Terrahe are reported to be already in Frankfurt dealing with the return to Portugal for burial of their loved one.

The 32-year-old was killed on Sunday night in the city, right outside the door of the apartment building in which she lived.

Waiting for her, say reports, had been a former German boyfriend who “couldn’t accept the end of the relationship” that came in September last year.

Stefan Borger started ‘stalking’ the young woman. Friends and family were aware of the problem but apparently “never believed it could get to this”.

Borger was arrested in the early hours of Monday morning and is being held in preventive custody.

Reports suggest a witness saw him, “with a bloody knife in his hand”, after being alerted to the noise of Inês screams.

Hauke Hansen has told police that Borger realised he had been seen and ran.

Hansen then went down into the street and discovered the young woman’s body.

Correio da Manhã recalls that Inês Terrahe came from a family of artists and sculptors. Her mother Ana, also a dermatologist, appeared on the paper’s television channel CMTV last year to present her collection of ‘vegan’ shoes, designed by Inês.

Yesterday she described the family as “destroyed” by what has happened.

Inês death was “just one of five knife crimes registered by police in Frankfurt last Sunday – a situation considered abnormal for that part of Germany”, said CM.

It was also the 12th death of Portuguese females (one having been a two-year-old child) since the start of this year, victims of domestic violence (click here).