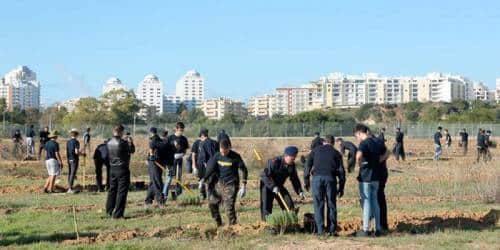 A record 21,000 trees were planted in the Algarve as part of the ‘Operação Montanha Verde’ initiative which saw over 1,250 volunteers joining forces to help reforestation efforts in Silves, Loulé, Portimão and Monchique.

The third edition of the initiative took place on Friday, November 23 and doubled the results achieved last year, when a total of 10,600 trees were planted in Silves and Loulé.

Around 5,000 trees were planted in each borough this year, three of which were affected by this summer’s devastating wildfire, which broke out in Monchique and spread to Portimão and Silves.

Apart from the tree-planting efforts, Pedro Lavia from Zoomarine also handed a €1,000 cheque to Monchique-based association Espiral de Vontades, which will be used to help rebuild animal shelters destroyed by this summer’s fires.

‘Operação Montanha Verde’ was held for the first time in 2016 and has already seen 37,400 trees planted in the Algarve.

Every year, organisers try to double the number of trees planted, so next year the plan is to plant a total of 42,000 trees in eight boroughs in the Algarve.

The event is organised by Zoomarine and supported by the municipalities of Monchique, Portimão, Loulé and Silves as well as the regional tourism board (RTA), the Portuguese Navy, waste management company ALGAR, the association of forest producers from the Western Algarve (ASPAFLOBAL), the Algarve’s international racetrack and several entities like the Bombeiros and civil protection authorities.

It was also granted the official President of the Republic sponsorship (Alto Patrocínio da Presidência da República), considered one of the most prestigious ‘seals of approval’ in Portugal.

Meantime, the organisers of the ALUT – Algarviana Ultra Trail competition, which will take place between Thursday, November 29 and Sunday, December 2, have revealed that each participating runner will be planting a tree in Monchique.

“We know Monchique and the areas that were affected by the fires well. After seeing the negative effects of the fires, we were shaken and could not just stand with our arms crossed,” says Bruno Rodrigues, director of the event.

He says that the initiative is more “symbolic” than an actual reforestation project, but that the athletes want to leave something behind that they hope “will grow” and will be around next year when the runners return.

Along with a tree, each athlete will be given a card where they can write a message to the victims of the fires. 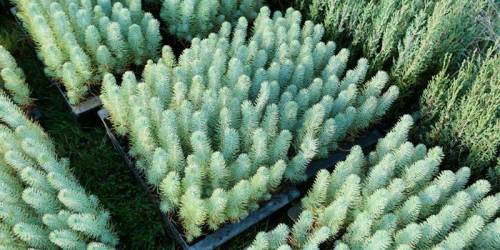 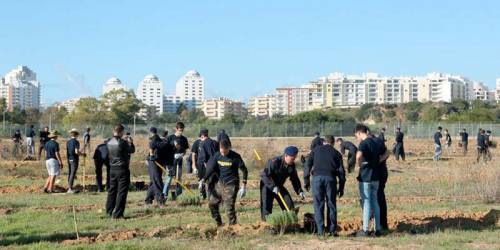