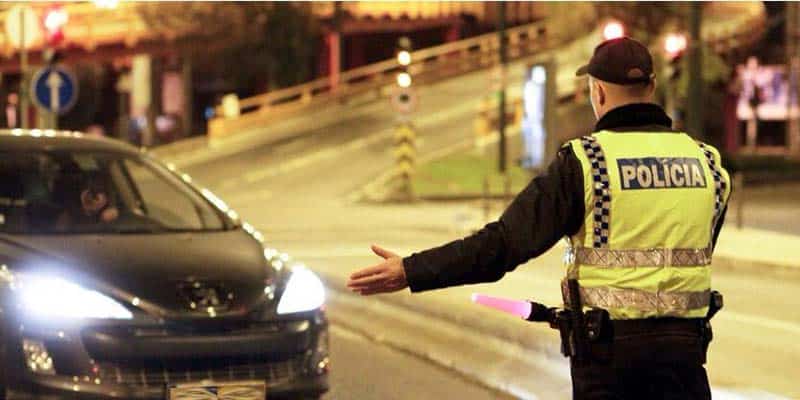 ASPP, the ‘largest professional police syndicate’ representing 10,000 agents throughout the country is calling on its ‘rank and file’ to limit actions in March to ‘advisory intervention’.

It’s part of the service’s ‘work to rule’, announced recently and just another aspect of public administration at loggerheads with the PS Socialist government.

Again, the ‘crux of issues’ lies in the government’s ‘broken promises’.

Says ASPP leader Paulo Rodrigues: “Police are tired of waiting for promises not complied with by the government”.

Thus the plan to hit the State where it hurts by reducing revenue. As reports explain, “just in 2018, the State made €87.7 million with traffic fines”.

The police service ‘work to rule’ will run till March 31.

During that time ASPP is asking its members to educate those breaking the law, but leave them with their money in their wallets.

Explains Rodrigues, the idea is largely due to the fact that police are legally unable to come out on strike.

A ‘work-to-rule’ is the only option.

If the situation were different, Rodrigues said without doubt his union would be calling for a walk-out as the situation within the force is “very serious”.

Problems range from truly abysmal conditions within ‘rundown’ police stations, to issues over pensions and payments and the general form in which the service is treated.

April is due to see a ‘re-evaluation’ of the situation, while pretty much all police services will be supporting a day of protest for ‘uniformed agents’, scheduled to take place in Lisbon on March 14.

Meantime, the impasse with the nation’s teachers persists.

A meeting on Monday between syndicates and education minister Tiago Brandão Rodrigues lasted “a little more than an hour and ended without agreement, with each side accusing the other of intransigence”, say reports.

The bottom line in this acrimonious dispute is €400 million. That’s the difference between what the government is prepared to offer and what teachers say they are prepared to accept.

A further meeting is scheduled for March 4, with the warning clear. If teachers are not satisfied the summer term will see actions of protest widened to create further havoc within the education system (click here).

Prime minister António Costa has said that he knows the government must negotiate, but it also has a spending limit that it cannot exceed.

Quizzed as to how he feels the situation might develop, he admitted to having “some pessimism”.

UPDATE: teaching unions have called a national demonstration for March 23 and said they may well cancel the meeting planned with the education minister on March 4, “as it will probably be a waste of time”.