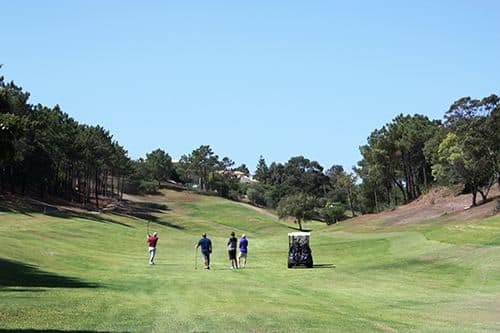 The British-Portuguese Chamber of Commerce (BPCC), which has been assisting Portuguese and British companies develop in their respective markets, celebrates its centenary this month.

His Royal Highness, the Prince of Wales, himself paid tribute to its importance for both the British and Portuguese economies and commercial relations over the past 100 years and wished it another successful century.

That recognition was made at a joint BPCC and UKTI organised event last week when the seven companies which are surviving founder members since the creation of the BPCC in 1911 were given Atlantis Crystal commemorative awards.

Despite tough economic times, the overall membership has remained relatively stable, but with significant growth in the Algarve region.

Today it has nearly 500 members, of which 17 are Executive Members and 10 are Corporate Members, and looking back over the past few years, one can say that its membership curve has steadily climbed while levels of renewed membership are high, which just goes to show that members are happy with the various services that it provides.

Chris Barton, the BPCC’s CEO, says that the “overall trend is good despite the recession and business is going well under challenging times”.

“What’s interesting is that in the good times, when the economy is up, members tend to be more confident about organising their own affairs, but it’s during hard times that members need each other and that’s where the Chamber can help and comes into its own,” he said.

The overall growth in membership, give or take a slight dip in Porto recently, is testament not only to the effectiveness of the organisation and the dedication of its team in delivering a high standard of service to the Portuguese-British business community but also the fact that Portuguese investment in the United Kingdom has grown by 24% in 2009/10 while the number of British companies wanting to do business in Portugal has also increased by around 14%.

In fact, trade between the two countries accounted for €4.7 billion in 2009, as Prince Charles pointed out last week, and this is owed, in great measure, to the BPCC.

What’s obvious, however, is that if the BPCC is continuing to do well today, then that’s partly because it survived and thrived despite a revolution and two world wars in its 100 years of history.

What today is the BPCC had its foundations in an institution known as the British Factory, which had a history stretching back to 1721.

Of course the ‘Factory’ was not a factory in today’s sense of the word, rather it was an Assembly of Merchants and Factors and it endured three centuries of trials and tribulations and some of its members, who are today members of the BPCC, ‘look remarkably well’ from them, as Prince Charles remarked last week.

Although it was never set up by an Act or Decree, the organisation grew and prospered during the liberal monarchy partly thanks to the power and importance of the British Empire and the political, military and naval assistance given by the British in the Peninsular Wars.

The Factory was important at the time of the Great Lisbon Earthquake in 1755 when Britons made up a sizeable immigrant community. It provided the Lisbon protestant community with its first burial ground and secured the authority to build a chapel.

Difficult times followed from 1825 after a century of almost solid growth, when many of the financial benefits which made up the Contribution Fund were lost following an Act of Parliament, which ended its right to directly benefit from the collection of import dues and taxes which henceforth became the jurisdiction of the British government.

Eighty-six years later, the organisation which by 1825 had been renamed the ‘Society of British Merchants and Factors’ reinvented itself as the newly founded British-Portuguese Chamber of Commerce.

But while honouring its past, the BPCC is active in the present and looking to the future.

Celebrating its 100th anniversary, the BPCC is today still serving and representing British interests in Portugal and is taking the lead in encouraging innovation, competition and technology alongside its members.

In 2011, the BPCC has been involved in accompanying groups of exhibitors to two trade fairs in London – Ecobuild, where green and environmental issues topped the agenda, and the International Food Exhibition at ExCel.

Next year the BPCC hopes to involve its members in three major trade fairs including Hotelympia, a fair for the hotel, catering and hospitality trades.

The BPCC is also participating in an EU-funded project called BRIC-ITT which will develop an e-learning platform to assist European SME’s wishing to trade with Brazil, Russia, India and China, which according to Chris Barton is “a great example of where a chamber ought to be going”.

“The BPCC will actively contribute to the BRIC-ITT project’s dissemination plan as well as consulting chambers of commerce representing the BRIC countries in Portugal and they, in turn, will be encouraged to consult and share knowledge with their own members,” he said.

“In addition, the BPCC will offer an internship to a graduate with a suitable profile to participate in the testing stages of the BRIC-ITT project. Not only will the end product serve as a useful coaching aid for companies wishing to expand into new export markets but our involvement in this pan-European project is proving to be an interesting exercise in collaboration between the five other partners based in Romania, UK, Spain, Bulgaria and Lithuania.

“We are currently conducting the user needs analysis phase of the project so any Portuguese companies contemplating exporting to or importing from any BRIC country, and who would like to be involved in the development of the project, should contact the Chamber.”

“This is an example of a programme that we’re involved with but which, perhaps, many of our members and the wider British community are not aware of,” he says adding that the BPCC also has a raft of services including translation work and VAT recovery, the latter of which can save companies thousands of euros.

Not only does it organise a regular range of informal networking cocktails and formal luncheons with top Portuguese speakers, it provides an on-line E-News Digest, business guides and a Members’ directory, market research services, certification and notarisation of documents, interpreting services, introduction facilitating and meeting arranging, and organises workshops and seminars.

For more information about the British-Portuguese Chamber of Commerce, please visit www.bpcc.pt
1″>news